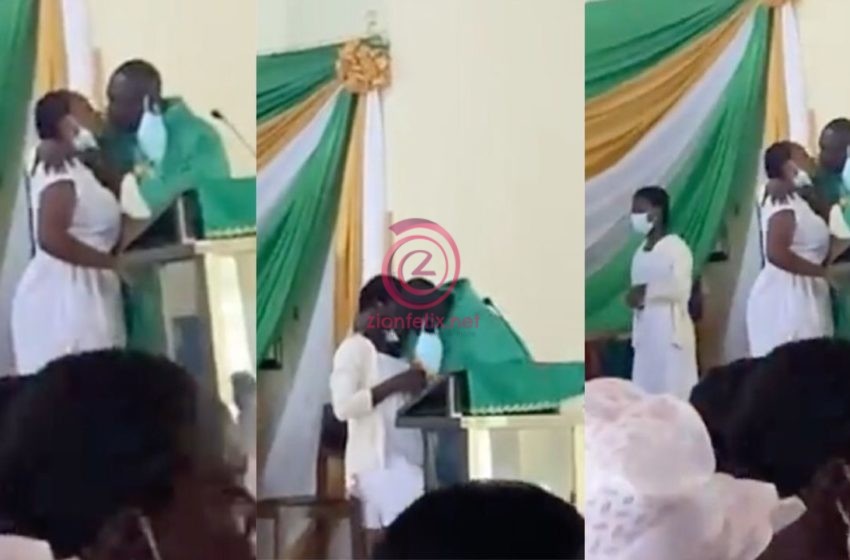 Somewhere midday yesterday, a video that had an ordained Reverend Father who happens to be the chaplain of the St Monica’s College of Education located at Mampong in the Ashanti Region giving some female students a k!ss on the lips hit the web and went viral.

In the video, the Reverend Father who was seen clad in his green gown pulled each of the students towards himself and gave them a passionate k!ss on the lips.

Interestingly, he forced the final lady who had a nose mask on to remove it and gave her a dose of the k!sses he was giving that day.

While all the k!ssing was going on, the congregation which was filled with a lot of students cheered and yelled happily.

Well, after the video went viral, many people have been bashing the Reverend Father and questioning why he will do such a thing which seemingly goes in contrast to his tenants as a priest.

In reaction to all the backlash, a bogus statement supposedly from some ‘Concerned Students’ who stand with the Reverend Father have been released to condemn the bloggers who shared the videos on their blog without any inquiry.

In their statement, they claimed that this was the Father’s way of honoring some deserving students after he gave them certificates and sums of money.

Slap Any Pastor Who Attempts To Kiss... 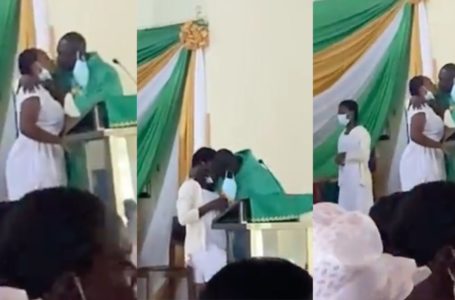 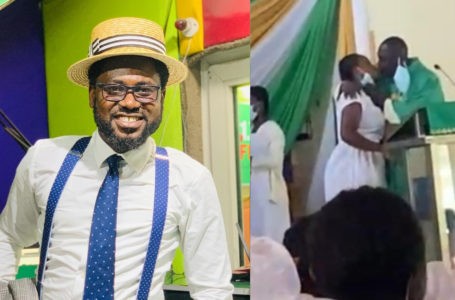 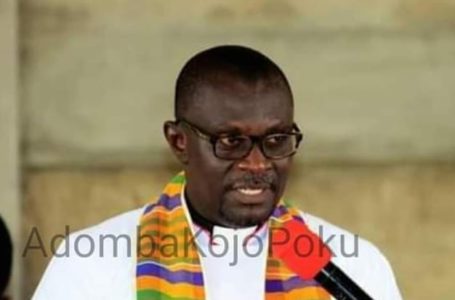 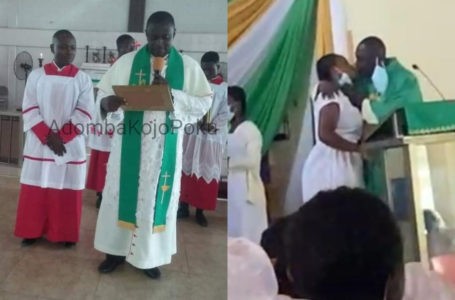