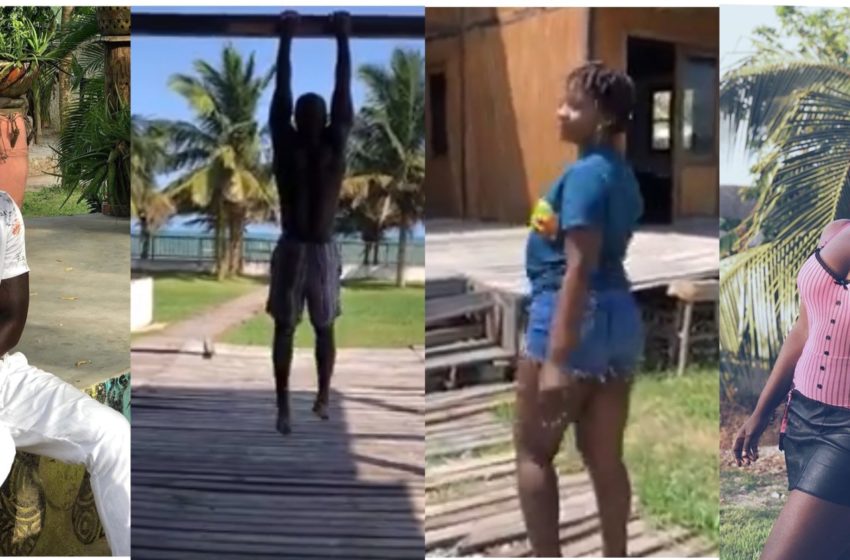 In 2018, it emerged in the news space that talented Ghanaian musician George Kwabena Adu popularly known as Kwabena Kwabena and actress/model Priscilla Opoku aka Ahoufe Patri were in a serious relationship that was fueled by their supposed love for weed. After these reports went viral, Kwabena Kwabena in various interviews firmly denied the report and […]Read More

Ahoufe Patri Gets Her Fans Talking After She Dropped Another

The month of January in this new year is seeing a lot of celebrity spicy and adult-rated photos and videos on the internet. After Fantana, Salma Mumin, and others, the latest person to join the craze is actress Priscilla Opoku-Agyeman, popularly known Ahoufe Patri.Read More

Comic actor Richard Asante, who is popularly known as Kalybos has re-echoed his earlier comment about never dating colleague comedienne Jacinta Ocansey, even though the later recently told zionfelix.net that they actually dated in the past. Speaking on ‘Zionfelix Uncut’ during the launch of the latest property selling firm in the nation’s capital called The Signature, Kalybos stated […]Read More

The Next Edition Of 3Music Awards Will Be Bigger And

Ebony Reigns Wins Artist Of The Year At Ghana Music

The late Priscilla Opoku Kwarteng, who is popular for her showbiz name Ebony has made another record at the Ghana Music Awards UK as she has been named the ‘Artist of The Year’ which came of yesterday October 6. 2018 at the Gaumont Palace – Dominion Centre in London. This has become the second posthumous award won by […]Read More