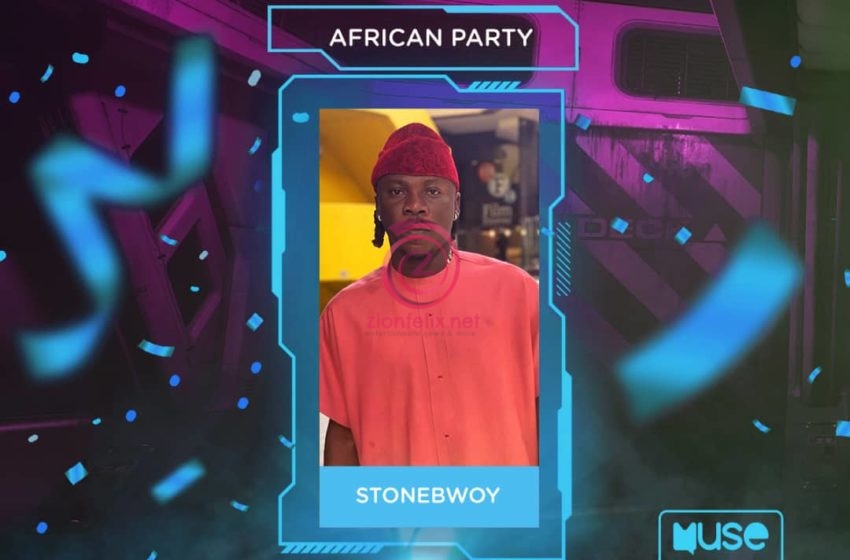 Ghanaian reggae & dancehall star Stonebwoy has dominated the half year edition of Muse Africa’s Bangerz of the Quarter 2020. Out of 17 Categories, Stonebwoy earned 7 Awards including the highly coveted song of the quarter with Nominate. READ ALSO: Shatta Wale Told Me About The Beyoncé Collabo – D-Black Reveals His album Anloga Junction […]Read More

Stonebwoy Pulls Massive Crowd In Ashaiman As He Steps Out

Ghanaian dancehall singer, Livingstone Etse Satekla, better known by his stage name Stonebwoy, attracted massive crowd today while going to register for in the new voter identification exercise. A video sighted by Zionfelix.net captured the “Putuu” singer in an SUV and trying to meander his way through the thick human traffic as he continually waved […]Read More

Stonebwoy Sets Record As He Becomes The First Ghanaian Artiste

Ghanaian Dancehall musician, Stonebwoy, has made history with over 20 million streams on Audiomack with his Anloga Junction album in just two months. He shared the good news to his Instagram page with a caption thanking all his fans and music lovers across the world. Stonebwoy also called on those who are yet to stream […]Read More

Ghanaian musician, Stonebwoy has broken his silence on Kelvyn Boy’s attack in Ashaiman. After Kelvyn Boy’s attack at the Ashaiman branch of Electroland Ghana Limited, he sent cryptic messages through a series of tweets insinuating how the person who masterminded his attack lost the battle the moment he wanted to fight him. READ ALSO: Keche […]Read More

Burniton Music boss, Livingstone Etse Satekle, popularly known as Stonebwoy has in an interview with Hitz FM’s The Don opened up on some of his fondest moments with American Pop Star, Keri Hilson as they worked on his song “Nominate” for the “Anloga Junction” album. In the interview zionfelix.net monitored, Stonebwoy confessed he develop a […]Read More

Stonebwoy And His Wife, Dr. Louisa Clash N The “Nominate”

Burniton Music boss, Stonebwoy is currently going all out to promote the challenge for his banging single “Nominate” which features American pop star, Keri Hilson. After he nearly gave many of his followers a heart attack with the hilarious video of himself for the challenge, his wife, Dr. Louisa has stepped up to send him […]Read More

Ghanaian Reggae/Dancehall artist Stonebwoy is back on Billboard with a single off his new album. It will be recalled that quite recently, the Burniton Music boss released a 15 track album dubbed “Anloga Junction” and after a few weeks it has been ranked at the number 19 on this week’s World Digital Song Sales Chart.Read More

Stonebwoy Sets Record On Audiomack With His “Anloga Junction” Album

Two times BET award-winning Reggae/Dancehall musician, Stonebwoy has set a new record on Audiomack with his recently released “Anloga Junction” album. Per the checks of zionfelix.net, the album reached a million streams on the music streaming platform, Audiomack yesterday.Read More

Stonebwoy Incurs The Wrath Of Shatta Wale’s Fans With His

The fans of Shatta Wale are currently dragging Stonebwoy through the mud on Twitter following a tweet he made under a video of an alleged thieve with an SM tattoo who was being punished. The tweet which reads: “Can you see his SM tattoo” has so far received over 800 comments and I must say […]Read More

I Want To Be A Nigerian, Ghana Is Full Of

Ghanaian songstress, Sista Afia has said she wants to change her nationality. In a post sighted by Zionfelix.net, the ‘Jeje’ singer stated she wants to be a Nigerian. READ ALSO: Bishop Bernard Nyarko Did 4 Operations, I Healed Him But His Family Was Ungrateful – Apostle Rabbi Her decision was influenced by how Nigerians treat […]Read More