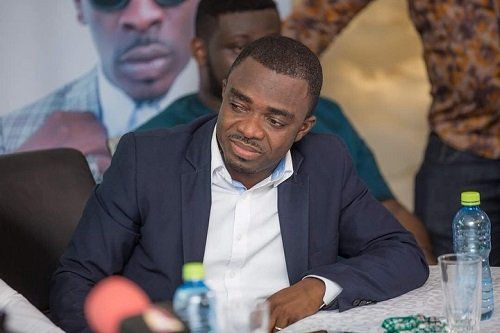 Ghanaian journalist, broadcaster and PR expert, Samuel Atuobi Baah, well known as Sammy Flex, is no more the host of Zylofon FM’s Morning Show. Sammy Flex’s show ‘Showbiz Agenda’ has now been replaced with a different show. A post sighted by Zionfelix.net on Instagram announced a new show introduced by the management of the station. […]Read More

VIDEO: I Will Kill Stonebwoy Within Seconds If He Dares

The back and forth between Dancehall musicians Stonebwoy and Jupitar in the media space after the former was declared the victor by panelists of Zylofon FM’s ‘Showbiz Agenda’ show following the release of the work on JMJ’s Riddim of the GODS continues. In the latest twist, Jupitar is blowing a lot of hot air.Read More

Jupiter Starts Fresh ‘Fight’ With Stonebwoy; Drops Shades For Him

The dancehall music genre is one that sees a lot of feuds/beef just like the rap space. The musicians in the dancehall industry usually want to battle it out for supremacy and the bragging rights.Read More

Wendy Shay Names The People She Wants To Beef In

There has been a lot of talk about a supposed beef between Ruftown Record signed musicians, Wendy Shay and Fantana following their recent posts on social media. Well, in an interview with Sammy Baah Flex on Zylofon FM Thursday morning, Wendy Shay finally spoke about the whole issue.Read More

Sista Afia Details Why She No Longer Hangs Out With

Songstress Sist Afia and Shatta Wale were seen together a lot when the former made her breakthrough onto the music scene. At the time, there were even some speculations that they were a thing because they shared almost every musical stage together.Read More

Renowned Ghanaian music producer and former boss of musician Kaakie, Jay Masta Jay aka JMJ seems to still harbor some pain in his heart for the unconventional manner the musician left his record label, Xtra Large Music about three years ago. In an interview earlier this morning on the holiday edition of Zylofon FM’s ‘Showbiz […]Read More

TV Stations Are Treating Us As Beggars – Actor

Music lovers were stunned not too long ago with the news that the music group Wutah, which is made up of Kobby and Afriyie has split up for the second time after they came back together under Guru’s NKZ record label recently. Whereas many of their fans are very heartbroken about their decision, their surprising decision […]Read More

I Am The Best Rapper In Ghana Now, Sarkodie And

King Pharaoh of the once vibrant hiplife duo, Akatakyie fame is happily blasting his own horns now in the wake of plans to relaunch his music career. According to him, even though he has been absent from the music scene for some time now, none of the current known gurus like Sarkodie, Medikal, Flowking Stone and […]Read More

The constant backlash received by the online media in Ghana, especially bloggers because of the belief of a cross section of the Ghanaian populace that they are always churning out some seeming junk stories out there for their readers has caused celebrated media personality, Sammy Baah Flex to send out a sweet reply to such critics. In […]Read More