Tell Akufo-Addo We Are Getting Tired, The Frustration Is Getting Too Much – Angry Socrate Safo 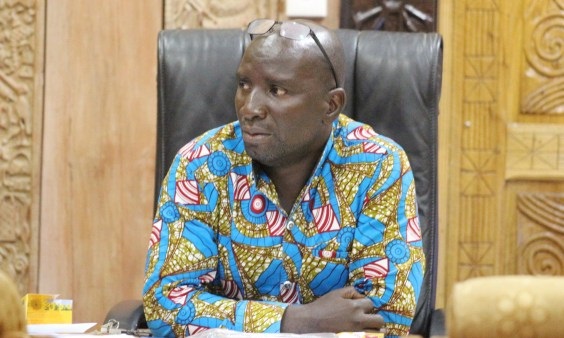 A staunch NPP member, Socrate Safo has voiced out his frustration.

Speaking in a discussion with Halifax Ansah-Addo on Okay FM’s ‘Best Entertainment’ program which was monitored by Zionfelix.net, the Director for Creative Arts at the National Commission on Culture (NCC) in Ghana said he is doing all he can in his capacity but some people are not helping.

“If somebody is listening, they should tell the President that some of us are getting tired…the frustration is too much. We’ve been quiet for far too long, and it looks like some people feel that being quiet means you are stupid. No! Being quite is giving people time to reform,” he said.

He lamented that they cannot sit with an empty stomach for four years and later begs friends for food.

Socrate revealed sometimes it is a problem for them to get information to disseminate on radio—but some people want to be hailed for doing nothing.

He also talked about how they struggle to get information before they go on various radio stations.

Socrate Safo emphasized that if the NPP is to go to opposition, they should blame it on lack of information for the communication team to feed the public on the good policies implemented by President Akufo-Addo.

Kwaw Kese Jabs President Akufo-Addo & Ghanaians Who Have Bought Into...