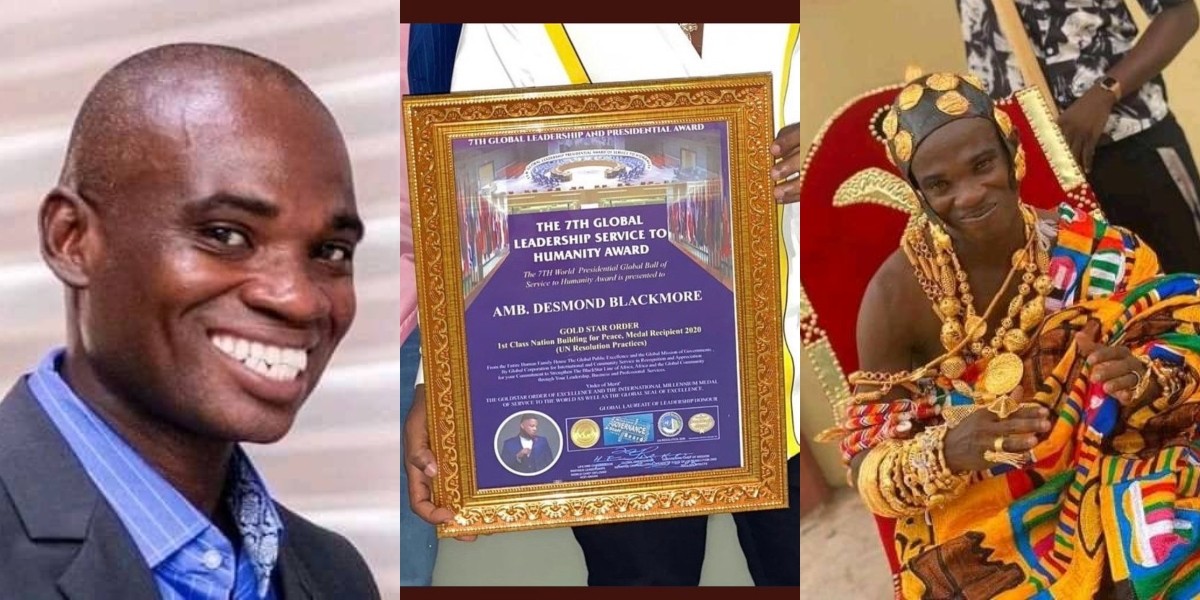 A close friend of the man of the moment, Dr Fordjour who is reported to have scammed many top Ghanaian celebs with a fake award scheme, has opened up on his childhood and his early scamming days.

Jones Gyedu took to Facebook to recount how Dr Fordjour, then nicknamed Wyclef, played a pivotal role in his life while growing up.

He indicated that Wyclef motivated him to study hard and his words of encouragement have made him a medical doctor now.

Jones Gyedu however recounted that while growing up, Dr Fordjour was behaving quite suspiciously because one day he saw some stamps of tertiary institutions in his bag.

Apparently, Dr Fordjour, way back in 2001, scammed 20 families of the sum of GHC1,500 each with the promise of securing their wards admission to the University of Science and Technology.

Jones Gyedu narrated that Dr Fordjupr managed to assemble all the families in front of KNUST’s administration block where he took more money from them and handed them fake admission letters.

Eventually when the scam was identified, Dr Fordjour run away from Santasi, where he stayed and went into hiding for some 10 years.

He only resurfaced recently, and according to Jones, it appeared he had some sort of mental issue.

Interestingly, Dr Fordjour admitted to Jones that he had scammed some top Ghanaian celebs using a fake award scheme.

Jones however indicated that the celebs who were seen receiving the awards would not have fallen for Wyclef’s antics had they done a simply background check.

Share
Facebook
Twitter
Pinterest
WhatsApp
Previous article
My Father Invented The “Patch Jeans” Style In The 70s – Reggie Rockstone Reveals
Next article
Tell Akufo-Addo We Are Getting Tired, The Frustration Is Getting Too Much – Angry Socrate Safo
- Advertisement -

Dr. UN ‘Cries’ As He Narrates How His Baby Mama Dumped...