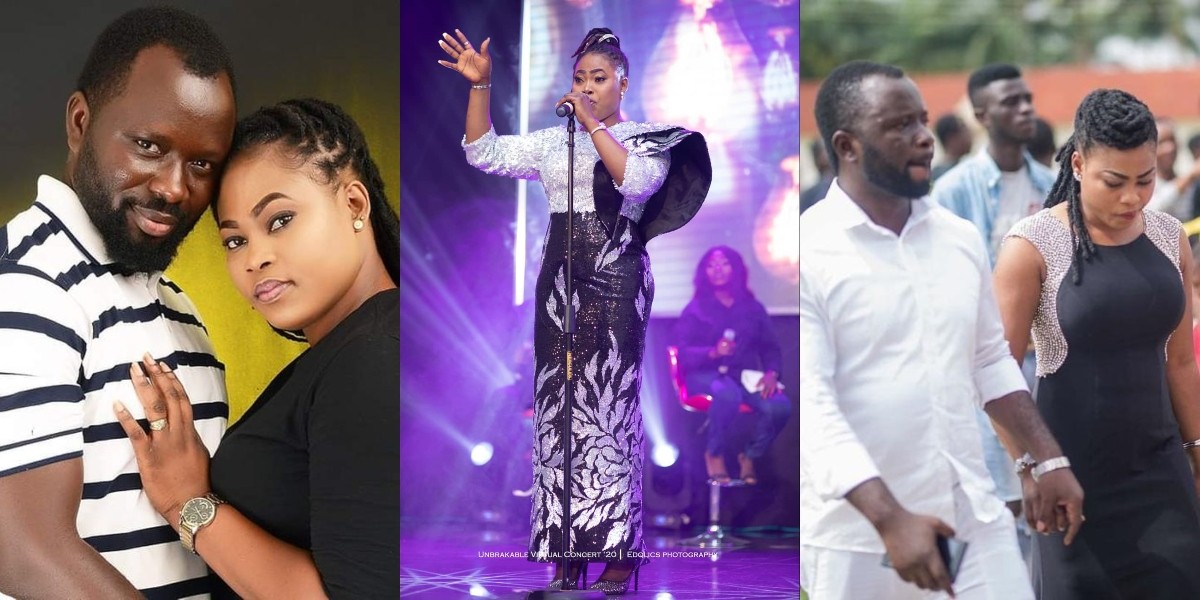 Dave Joy, the estranged husband of award-winning gospel star, Joyce Blessing, has indicated that he is still legally married to the singer contrary to claims that they had separated.

While speaking in an exclusive interview with Sammy Flex on Zylofon FM, Dave Joy stated emphatically that so far as he is concerned, Joyce Blessing was still his partner.

According to him, their marriage had not been annulled since no lawyer had served him with divorce papers nor had the singer’s family returned any drinks to him as is custom in the traditional way of dissolving a marriage.

The artiste manager went on to add that it was the I Swerve You singer who was going round saying that she had been separated from her husband but it was not the case.

“Joyce Blessing is still my wife,”. There are no divorce papers, no family member has presented any drinks to annul the union,” he explained.

The singer, in a recent report, indicated that she was suffering sabotage from her husband who was thwarting her efforts to get her career back on track.

According to her, Dave Joy and one Julie Jay, had taken her access to all her social media handles and were posting things on there as if she was the one making the posts.

Joyce Blessing, while recounting the sabotage, added that Dave Joy had reported her new social media pages and this has made it difficult for her to get her career to run smoothly.

The singer said she had done a number of virtual concerts for her fans but due to the sabotage, she is unable to post them on her social media handles.

She said posting them was difficult because before she decides to post, Dave Joy would post the same content on her old social media handle, therefore, posting it would amount to c copyright infringement.

Joyce Blessing has urged all her teeming fans and followers to like and subscribe to her new social media handles.

Joyce Blessing Sheds Tears As She Narrates How Her Husband Is...