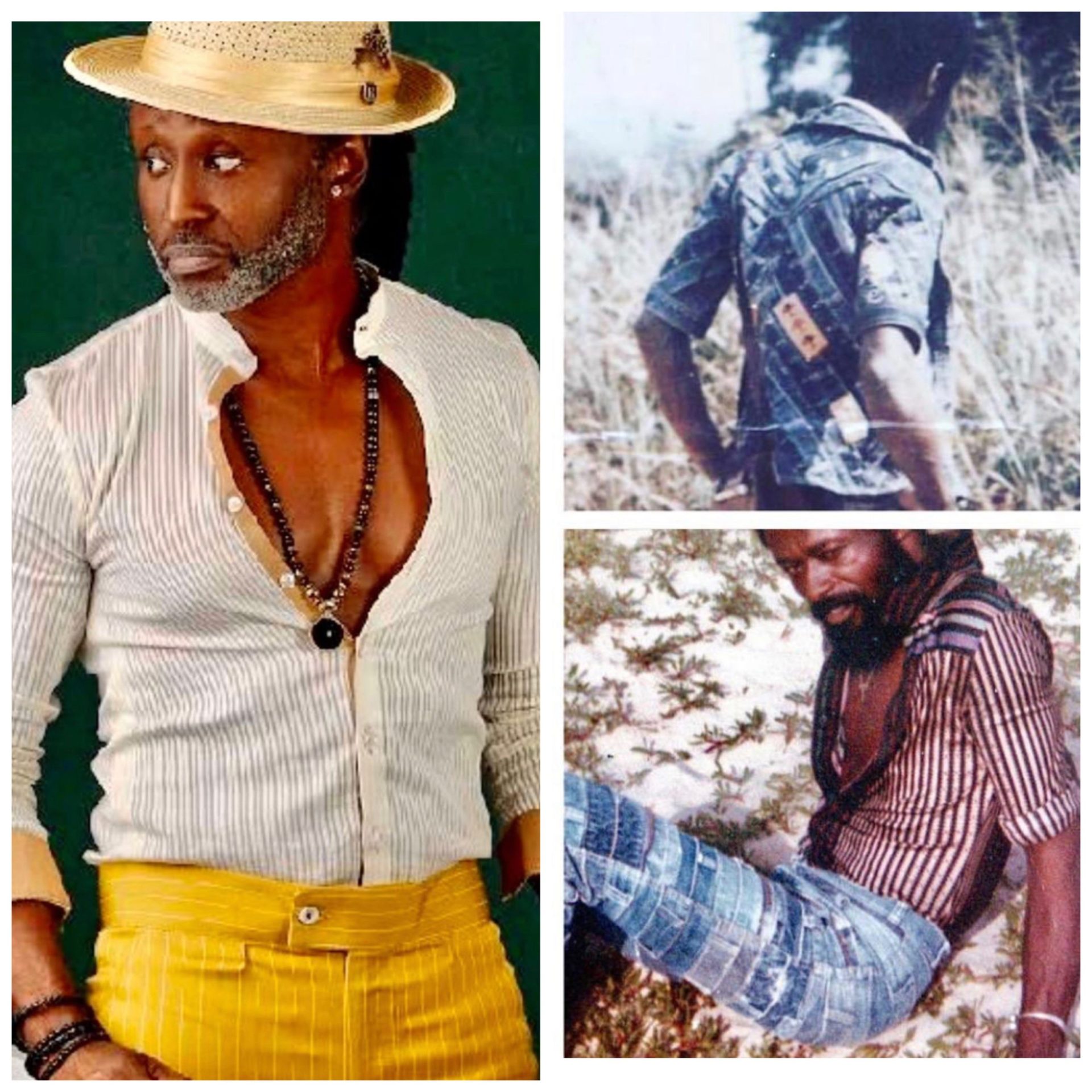 Veteran Ghanaian musician, Reggie Rockstone has revealed that his father, was the brain behind the patch jeans style.

In a post sighted by Zionfelix.net, the ‘Grandpapa of Hiplife’ indicated that his father, Ricky Ossei, otherwise known as St Ossei, invented the ‘patch jeans’ design in the 70s.

READ ALSO: With Or Without Awards, I Am Still Akwaboah – Ghanaian Singer

According to him, his father got ok props in abroad where he plied his trade.

He stated that the designs made by his father became huge after Dolce and Gabanna started doing the same.

The popular musician made this revelation after he saw American singer-Cardi B wearing the same outfit his father wore so many years ago.

He posted a collage of both Cardi and his father to make the world know about what his father did.

Reggie Rockstone captioned the photo: “SO I CANT STOP SAYING THIS THO! MY FATHER INVENTED THE “patch jeans” style in the 70s for Yankee and got some ok props for it ( there he is modeling his own🙏🏿) DOLCE DO SAME AND ITS HUGE ( cardi Dey wear for this pic) LIFE NO FAIR OR LIFE DEY BLEACH?😳😂 so where dem see for eh??? #blackshadamatterz #daben#enoeasyo #oneday THE LEGENDARY ST OSSEI WE SALUTE YA🙏🏿✊🏿.”