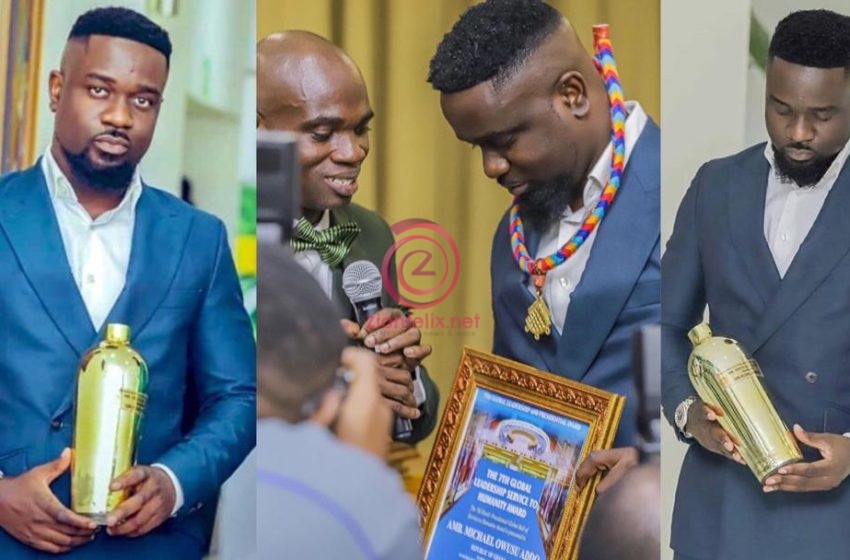 After news broke yesterday evening that a lot of Ghanaian top personalities including multiple award-winning rapper, Sarkodie have been scammed into believing that they had been given a certain UN/Kofi Annan humanitarian award, the likes of Berla Mundi, D-Black, and Natalie Fort quickly deleted photos that have to do with the awards from their official social media platforms.

However, the Sarkcess Music boss continued to keep the photos there to the shock and amusement of many social media folks who thought he was just gratifying a proper deception cooked by one fake Dr. Kwame Owusu Fordjour.

Well, even though he took his time, Sarkodie has finally deleted all the photos of the fake awards from his page and tried to explain why he delayed in taking this action.

Explaining why he waited for so long, Sarkodie took to Twitter to explain that he wanted to investigate and know if the award scheme was indeed fake as reported by multiple news websites.

READ ALSO: Tell Akufo-Addo We Are Getting Tired, The Frustration Is Getting Too Much – Angry Socrate Safo

He added that after he understood that it was indeed a facade, he came to delete the photos from his social media handles.

“Ebe now I understand but we move”, he tweeted.