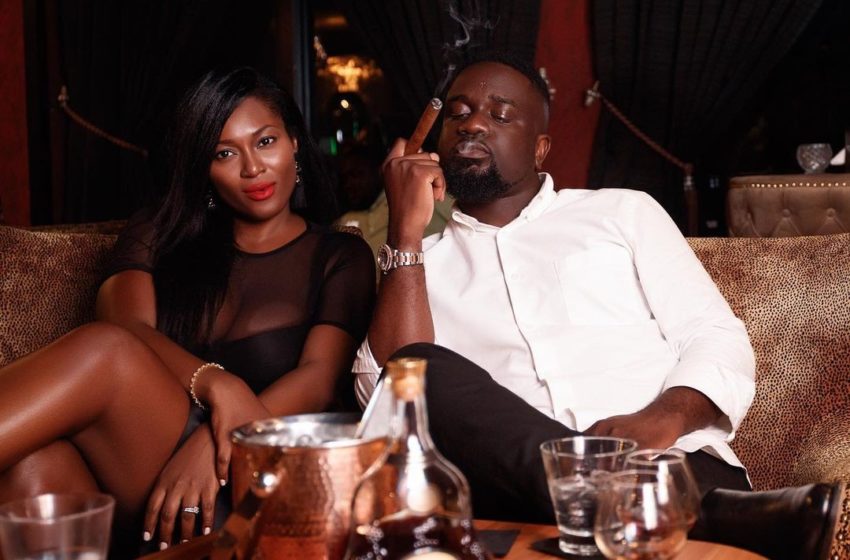 The CEO of Sarkcess, Michael Owusu Addo aka Sarkodie and his wife, Tracy Sarkcess has in the last few days been giving social media folks a lot of couple goals.

The award-winning rapper has been spotted cosied up with his beautiful wife, Tracy Sarkcess as they posed behind their brand new black coated Mercedes Benz.

READ ALSO: NPP’s Ursula Owusu Gets Social Media Talking After She Was Spotted Sitting On The Laps Of An NDC MP – Photo & Video

In the photo seen by zionfelix.net, Sarkodie decided to tell the world that Tracy is his alone as he grabbed her warmly around the neck and the waist area.

The couple were seen in an all-black outfit with a matching Nike footwear.

Tracy shared the photo on her Instagram without any caption.

It will be recalled that just over the weekend the love birds were seen having a time of their life at Akosonbo with their daughter, Titi when they were on a special family vacation.