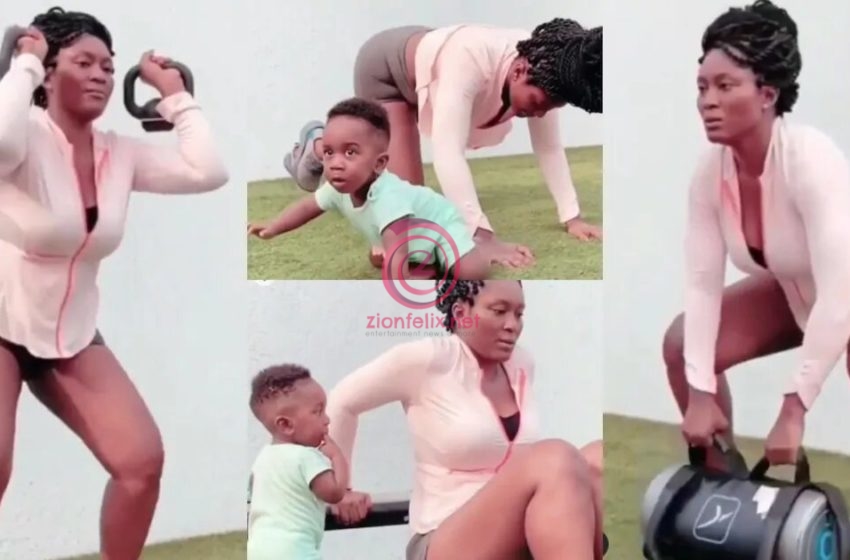 Tracy Sarkcess, the wife of popular Ghanaian rapper, Sarkodie’ has given her followers another rare view of her daily workout routine in a new video she has shared online.

The video she shared online also captures her second child, Micheal Nana Yaw Owusu Addo Junior aka MJ who is barely one year old as well.

While Tracy was busily doing her squatting and lifting in the video, her son who obviously did not know what was going on was seen crawling up and there.

This happens to be the second time Tracy Sarkcess has shared such a video online and just like the first time, a lot of her followers have been reacting to her workout outline.

READ ALSO: Hajia Bintu Hits Hard At People Suggesting She Is Sleeping Around To Get Money (Video)

It will be recorded that she did such a thing for the very first time after some netizens said she was growing after some few months after she gave birth to MJ.

Below is the video of Tracy and MJ, who is actually growing nicely