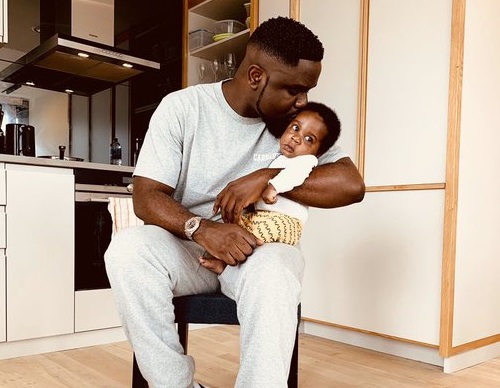 Tracy Sarkcess has taken to her Instagram story to share a rare video of her son, Micheal Nana Yaw Owusu Addo Junior also known as MJ.

Back in April 2020, news that Sarkodie and his wife, Tracy had welcomed their second child when they were in lockdown in America got confirmed when they finally arrived in Ghana after the borders were open.

Until fans online got a video and photo confirmation of MJ’s birth, Sarkodie and his wife has denied earlier reports which emerged online.

Well, after they officially presented him to the world a while back, they have done very well to keep him away from the eyes of people on social media.

However, on Tracy’s instastory today, she shared a rare video of the boy who is growing nicely.

According to the caption of the video she uploaded, she took the shot after MJ had got a haircut.

Watch the nice video below