The Beef Between Eno Barony, Freda Rhymz And I Was Planned – Sista Afia Reveals 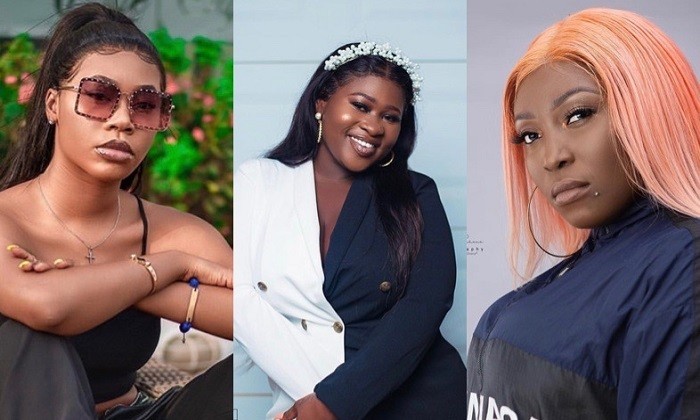 Ghanaian songstress, Sista Afia has revealed that the beef between Eno Barony, Freda Rhymz and her was planned.

The beef between the female musicians got the attention of many people.

It got to a time that people thought it’s resulted from just lyrical beef to physical assault as Sista Afia and Freda Rhymz nearly fought at the premises of TV3.

A few months after this, Sista Afia has revealed it was planned.

She made the revelation in a discussion Zionfelix.net monitored on The Fella Show hosted by Fella Makafui.

The ‘Jeje’ singer said she called Eno Barony and Freda to let them what she’s planning.

She indicated that the planned beef helped them to get attention—but they [Eno Barony and Freda] have become ungrateful afterwards.

Watch Sista Afia’s revelation in the video below.

I Was Getting Married To Falz In My Dream – Sista...