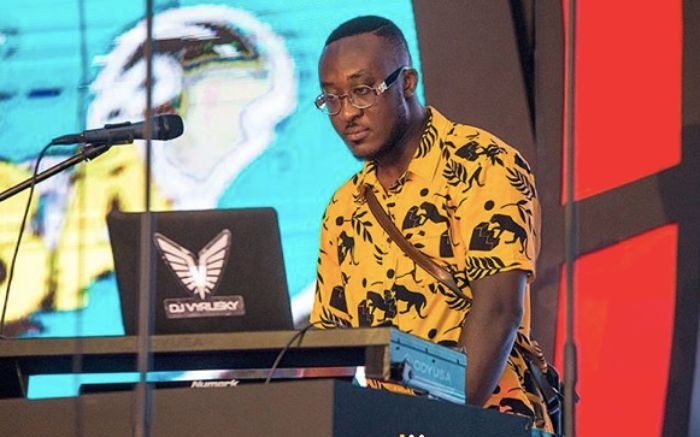 Award-winning Ghanaian Disc Jockey, DJ Vyrusky, has talked about the effect of social media on disc jockeying in the country.

Speaking in an interview on Guide Radio, the popular DJ bemoaned how DJs are losing their relevance because of social media.

He stated that DJs in the country have their dominance reduced due to TikTok and other social media platforms.

The time that DJs have the power to break or introduce music has been a thing of the past, according to him.

READ ALSO: Go Back To School And Learn About The New Media – Mr Logic Hits Back At Wei Ye Oteng

He further mentioned how these platforms are influencing the playlist of DJs.

“People go through TikTok. If you go out, every DJ wants to play the hit songs….When you go to a party and you’re playing songs, the audience goes like, ‘play the songs trending now’. The club owner will be like ‘look sharp, people are leaving.

“I was like let me club-hop for the night and it was the same songs I heard from every place I went. When a DJ tries to play something new, they feel he/she is not good,” DJ Vyrusky said.

Share
Facebook
Twitter
Pinterest
WhatsApp
Previous articleGo Back To School And Learn About The New Media – Mr Logic Hits Back At Wei Ye Oteng
Next article“If I Have Said Anything Bad Between You And My Wife, I Am Sorry” – Patapaa Apologizes To ZionFelix
- Advertisement -