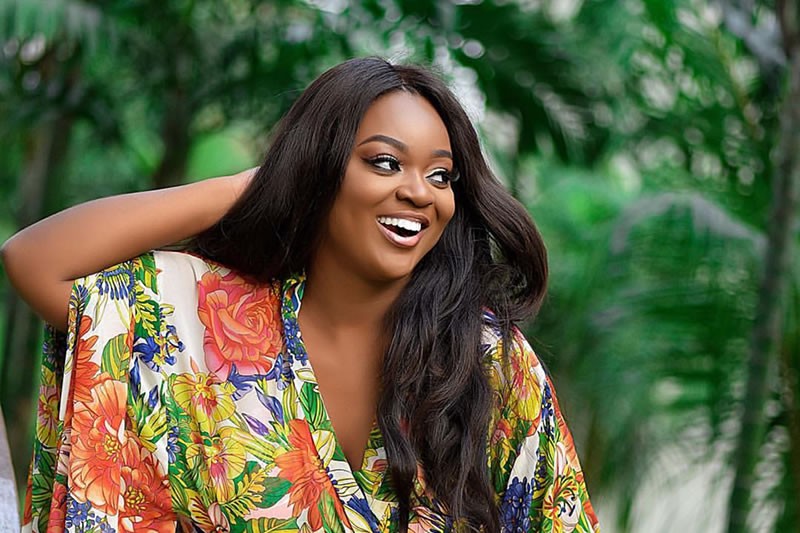 Popular Ghanaian actress, Jackie Appiah has reacted to the rumours of her being pregnant once again.

Some few days ago, Jackie questioned if she looked like someone who was pregnant after reports went viral about her supposed pregnancy with the President of Liberia, George Oppong Weah.

Commenting on the issue again, the beautiful actress denied being pregnant after she appeared on UTV’s ‘United Showbiz’ program which was monitored by Zionfelix.net.

READ ALSO: I’m Ever Ready To Campaign For Akufo-Addo If… – Wutah Kobby

Jackie told the host, Nana Ama McBrown that she is not pregnant and the stories were made up.

According to her, the Ghanaian media impregnated her with such fake stories.

Jackie Appiah revealed she was shocked after she heard about the rumours and started asking herself: “Am I Pregnant?”

She recounted her son asking her whether she was pregnant following the rumours—and she was stunned.

Jackie was not happy about how a section of the Ghanaian media flames up stories without any fact-checking.

The popular actress further stated that she will gladly accept it if God gives her another child in the near future—but for now, there is no truth in the rumours about her pregnancy.

I Bless The Day My Lips Touched Your Lips – Funny...