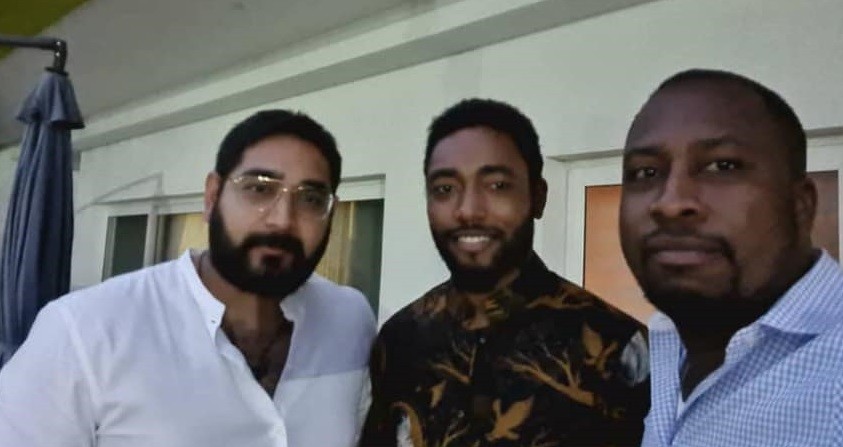 The final funeral rite for former President Jerry John Rawlings organized by the state was very successful but it did not end without some levels of controversies.

Controversies about his alleged secrets children popping out to bid him a final farewell were key among the many.

Initially, two ladies and one ‘old man’ made a lot of headlines when they revealed that the former first gentleman of Ghana was their dad.

Because of the seeming resemblance, the unknown young man has with the late Rawlings and for the fact that he was Kimathi, many people said that he was another illegitimate child.

As this new story about this young man being the son of late Rawlings. zionfelix.net has chanced on some a clarification that settles the matter.

From what we have picked up from one Facebook user called Edzordzi Kofi Dzikunu, this young man is a friend of Kimathi Rawlings from India, not Israel as some people have suggested.

Setting the records straight, Edzordzi Kofi Dzikunu wrote: “He’s not an Israeli nor His son…he is Kimathi’s very good friend from India… Eii Ghana and ‘Konkosa” you go believe and even add more to make it sweeter”.