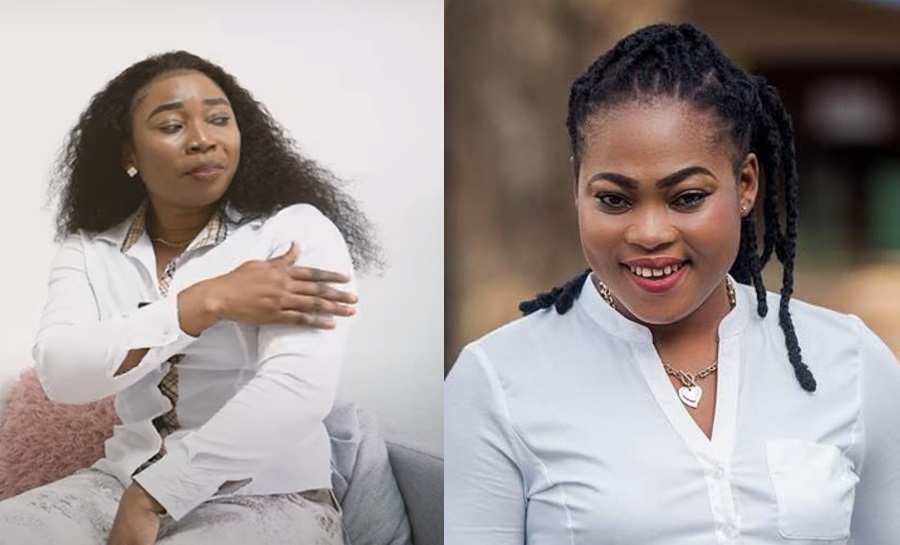 In an exclusive chat with Zionfelix recently, the ‘Adom’ crooner revealed that she has been hearing people state that she actually sounds like Joyce Blessing whenever she sings but strangely, she has never met her or really knows her.

She went further to recount the story of how many people stormed the studio she recently recorded to confirm if it was not Joyce Blessing who was singing in the booth.

After making this revelation, Zionfelix asked how she suddenly sounds like Joyce Blessing even though she does not know her when she did not sound the same way at the time she recorded with Big Ben in 2005, Elicia De Great responded.

According to her, at the time she entered the music industry, she was very unripe and did not know many things. However, after being in the industry for some years, this is what she believes is her true craft.

I Used To Sell Kenkey And Toffee – Obaapa Christy