From the traditional marriage ceremony which came off on Thursday at the Trasaco Valley through to the white wedding that came off at the Faith Presby Church in Shiashie, and finally the reception, at the Kempinski hotel on Saturday night, everything was just on point.

READ ALSO: Artist Who Was To Paint Despite’s Son, Kennedy And Tracy’s Portrait For Their Wedding Rejects The Deal Which Came With Huge Cash – Here’s Why

In the wake of many social media reactions to the opulence witnessed, actress and entrepreneur, Tracy Boakye has started some fresh trouble for slay queens.

In a post that was to congratulatory the couple on that lavish wedding, she shaded slay queens who were targeting the General manager of Despite Media, Kennedy Osei Asante.

READ ALSO: Kennedy Osei’s First Statement After Marriage To Tracy Is A ‘Curse’ On His Life – Watch Video

According to her, even though Tracy was not all over the place like many of these slay queens, she was able to get the ‘biggest fish’ in Ghana.

She also gushed over the marriage and stated that Tracy’s, included herself are very lucky.

“As3m de3, mo de bi aba oooo, eeeiii!!! You’ve shown us that, asaase (land) wo Adum paaaa, if only you have the money, u can even get full plot at circle 😂. God bless your union 🙏. Hhhhmmm your wedding de3, super ✌️✌️✌️✌️. Tracy has used simplicity to catch their BIG FISH OOO 😂😂😂😂. 🏃‍♀️ hhhhhmmm Tracy fuo ankasa, we have that luck mmom 🤩. NO FAKE BODY, NO SLAYING, NO BLEACHING, 😂😂😂 NATURAL BEAUTY AND YOU WON 💪💪. Kennedy has eyes for beautiful things paaaa ✌️.”, she wrote. 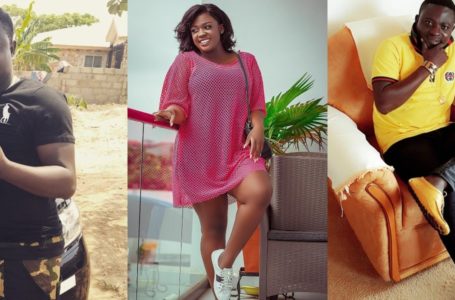