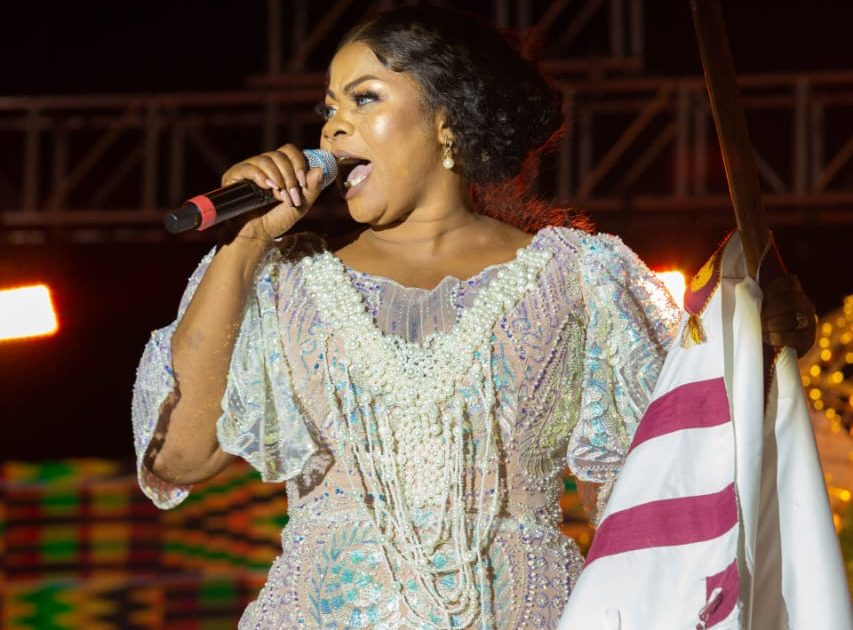 The Resurrection Effect Concert 2022 organized by Empress Gifty on May 1, 2022, is currently being touted as the best ever Christian outdoor annual concert in Ghana by many folks online.

For many who have been staunch fans and ardent followers of Empress Gifty, this claim by many does not really come as a surprise because over the years she has been known to be one of the gospel musicians who engage the most with her fans when she is on stage because of the ‘cr@zy’ energy she has when she mounts the stage.

As she has done over the years, Empress Gifty proved yet again that she is one of the best performers when it comes to live band performance when she took the stage at the Resurrection Effect Concert which was live at the Nungua Junction Mall.

The award-winning gospel musician did not only deliver with the band of the day, but she also gave the performance some super artistic feel that got the Hon. Alan John Kyerematen, who is being tipped as the next flagbearer of the NPP marveled throughout her performance.

Empress Gifty was also able to move the crowd with her powerful performance by singing all her hit songs to their admiration.

Share
Facebook
Twitter
Pinterest
WhatsApp
Previous articleVIDEO: ‘I Will Win Artist Of The Year At This Year’s VGMAs’ – Joe Mettle Brags
Next articleI Was Hurt When Afia Schwarzenegger Insulted My Mother With Her Eye – TikToker Osei Felicia
- Advertisement -