VIDEO: ‘I Will Win Artist Of The Year At This Year’s VGMAs’ – Joe Mettle Brags 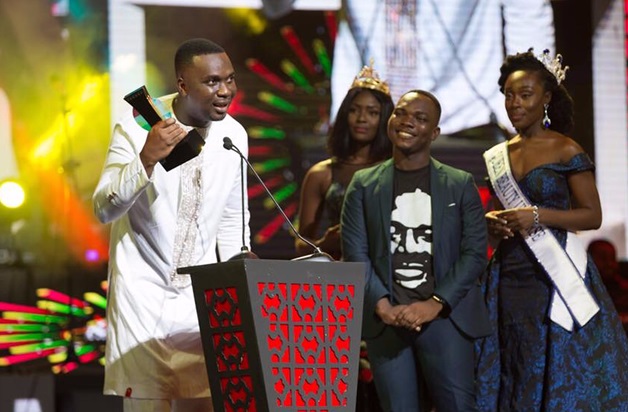 Gospel music star, Joe Mettle has stated emphatically that he will win his second Artist of the Year Award at the 23 edition of the prestigious Vodafone Ghana Music Awards.

The renowned gospel musician and his management team came under a lot of fire in 2017 after he was announced as the winner of the coveted award at the Vodafone Ghana Music Awards.

Many netizens could not fathom how Joe Mettle won the award over the likes of E.L, Sarkodie, MzVee, Stonebwoy, and Medikal who were also nominated for the award in that year.

Well, ahead of the big music night on Saturday, May 7, 2022, Joe Mettle is already bragging that he will win the award again this year.

He made this big claim during an interview he granted award-winning blogger Zionfelix at the launch of the tenth edition of his annual gospel music concert dubbed the ‘Praise Reloaded’ in Accra recently.

Joe Mettle made the claim and also asked her manager who also confirmed the same.

Joe Mettle And His Wife Wow Guests At The Traditional Wedding...