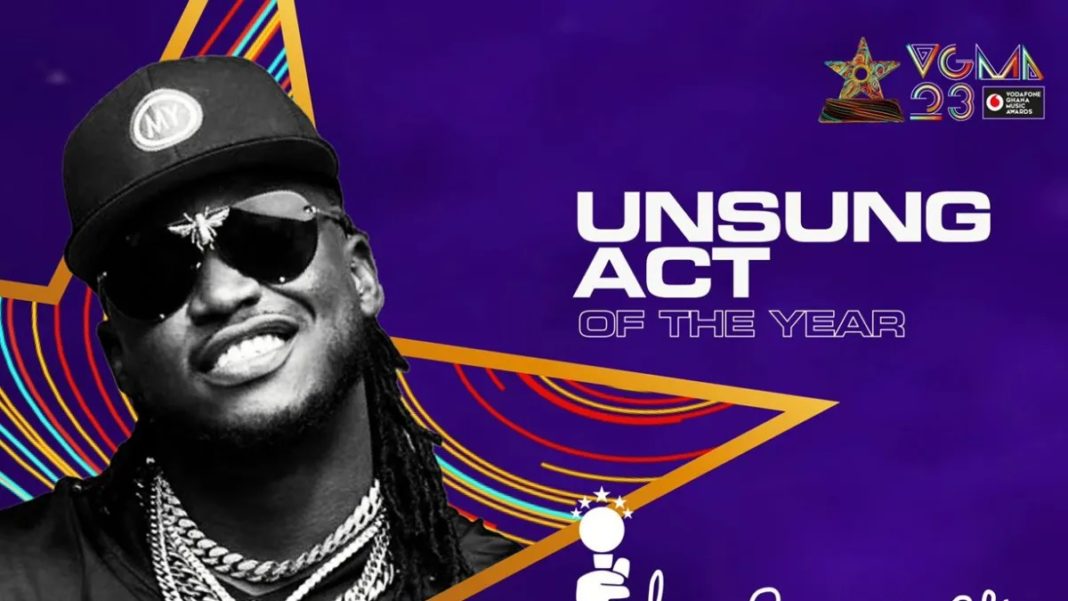 The #VGMA23 weekend is almost here and ahead of the awards, the organizers have already started announcing some of the winners.

The second category that has been announced is the winner for the ‘Unsung Artiste’ of the year and it went to no other person but the fast-rising rapper, Gambo after a tough battle with several others.

Gambo beat the likes of King Maaga, Ama Nova, ShugaLord, Bryan The Mensah, and others to get the bragging rights for this award.

The talented rapper is the voice behind tunes such as Drip ft Edem, Boys Ay3 Wild, No Stress, among others.

Well, Gambo‘s announcement as the winner of the ‘Unsung Act of The Year’ has not been without some controversies on social media. Some netizens have been suggesting that he does not deserve the award and others have even gone to the extent of alleging that he bought the award.

Share
Facebook
Twitter
Pinterest
WhatsApp
Previous articleMs Nancy Makes Her First Statement After Ditching EIB For TV3 Amid Att@cks On Social Media
Next articleVIDEO: ‘I Will Win Artist Of The Year At This Year’s VGMAs’ – Joe Mettle Brags
- Advertisement -