It’s a season of so much more premium content for our telenovela fans.

StarTimes will broadcast two telenovelas on the channel ST Novela E plus from July 21. The first one to air from 5:50pm named To Die for Love is an Indian hit, while the other following at 6:40pm named Bolivar is based on the story of a local hero in Latin America. Both novelas will be on from Monday to Sunday, an episode each day.

To Die for Love tells a story about an ordinary woman’s twisted destiny after her encounter with a dangerous man. The heroine, Aarohi’s life seems to be a simple one of familial love. But her sinister life is about to receive a jolt in the form of Deep Raichand, a business tycoon who has fallen madly in love with her. She had the perfect life, the perfect man but little did she know that she was walking into the perfect trap. What is Aarohi’s secret? What happens when the man she loves turns out to be a genius manipulator?

Bolivar is a 2019 biographical drama series about the rise of Venezuelan liberator Simon Bolivar (1783-1830). It depicts the life of this Venezuelan General who led the secession of a group of South American countries from the Spanish Empire in the early 19th century. The show is made up of 69 episodes that document the events of Bolívar’s life from the age of seven until his death, primarily focusing on his formation and his love life.

“We understand that our audience, especially the fans of telenovelas, hope to enjoy the rich varieties in selections. Thus the two classic dramas are set to air simultaneously. They are quite different from each other, the puzzle factor of To Die for Love and the historical factor of Bolivar will get audience glued to the TV every night” said Felix Ahonzo, the C.O.O of StarTimes Ghana.

StarTimes is the leading digital TV operator in Africa, serving 13 million DVB subscribers and 20 million OTT users in 30+ countries. StarTimes owns a 600+ channels’ content platform combining African local channels (75%) and international channels (25%, including Chinese channels 1.5%). The company’s vision is “To ensure that every African family can access, afford, watch and share the beauty of digital TV”. 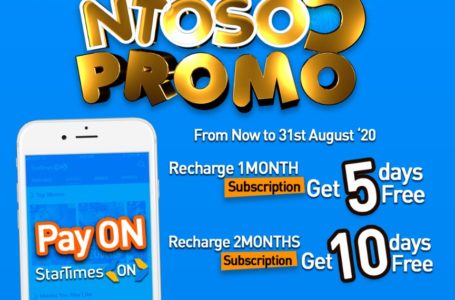 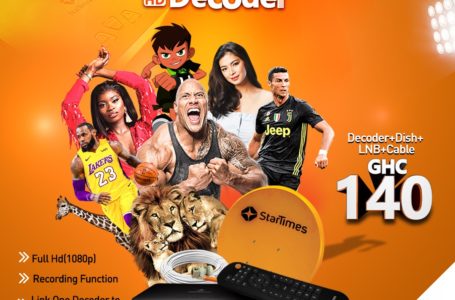