VIDEO: Fameye Discloses The Name And Gender Of His Second Child As He Grabs Award At #VGMA23 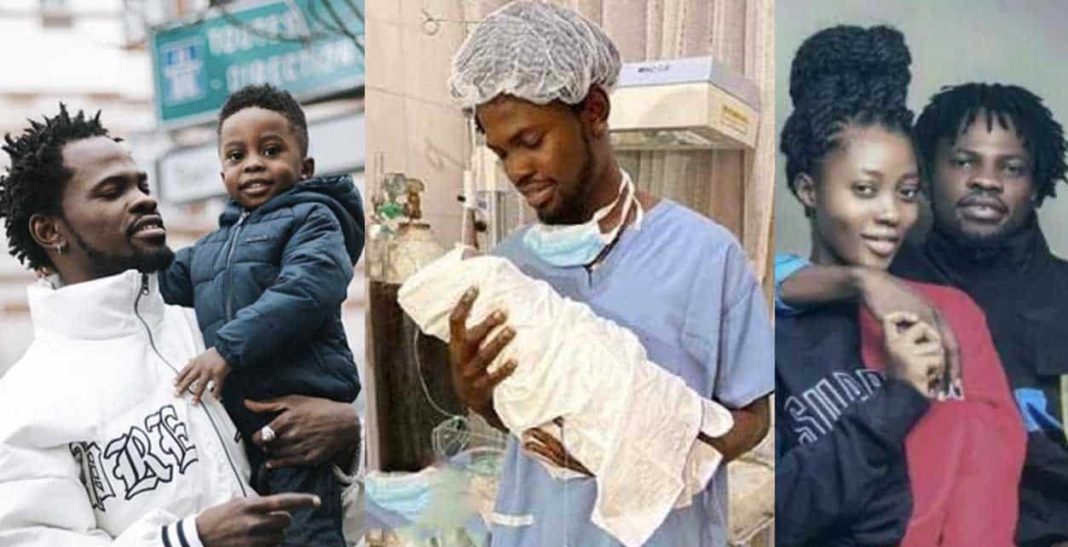 The joy and excitement after winning his second award at the 2022 Vodafone Ghana Music Awards got the better of popular Ghanaian musician, Fameye.

Fameye recently revealed that his baby mama had blessed him with a second child just when he dropped his new album dubbed ‘Songs of Peter’ while speaking on a Twitter Space.

READ ALSO: #VGMA23: KiDi Wins Artist Of The Year; Check Out The Full List Of Winners

Even though he mentioned that he is currently a father of two lovely kids, Fameye decided to keep the gender and the name of the second born to his chest.

However, after he was announced as the winner of the ‘Afropop Song of the Year’ category at #VGMA23, Fameye got slightly carried away while thanking the audience so he mentioned both.

Fameye revealed that the name of the new child is Alvina which suggests that she is female because already he has Alvin as his male and first child.

This is indeed great news for the musician and his baby mama, Bridget Agyemang who he says he will soon marry.

Watch the video of the moment he made the revelation below