VIDEO: ‘I Am The Only Artist In Ghana Who Has Been Able To Charge $100K For Three Consecutive Shows’ – Shatta Wale Brags 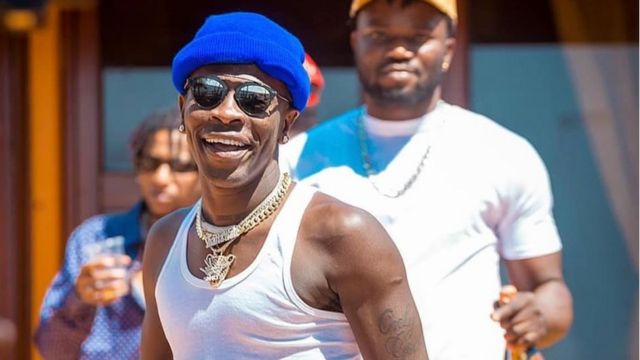 Multiple award-winning Ghanaian musician, Shatta Wale, has revealed he is the most expensive artist in Ghana.

In an exclusive interview with Giovani Caleb on TV3’s Showbiz 360 show, Shatta Wale disclosed he is the first artist in the country to charge $320,000 for three consecutive shows in Ghana.

The Shatta Movement boss added that Afro Nation and the team that brought Cardi B to Ghana each paid him $100,000 as a performance fee, even though he failed to perform at the Cardi B shoe because they breached the contract he gave him.

“I am the only artiste in Ghana that has been able to charge shows $100,000 three times in a row. And I won’t lie. The first Afro Nation show that they did in Ghana, the first time, they paid me $100,000 cash…Cardi B’s show that was held in Ghana, I was paid another $100,000. I took the money and didn’t go because they violated the contract. That’s what happened because it was a nice agreement.”

Shatta Wale also revealed that he did not perform after Sadiq Abu, formerly of 3Music, paid him $120,000 because they also breached their contract.

Shatta Wale went further to brag about his seven mansions in Ghana — something he claims to be the only Ghanaian artist who has.

Shatta Wale Reacts To Michy’s Appeal To Ghanaians To Pray For...