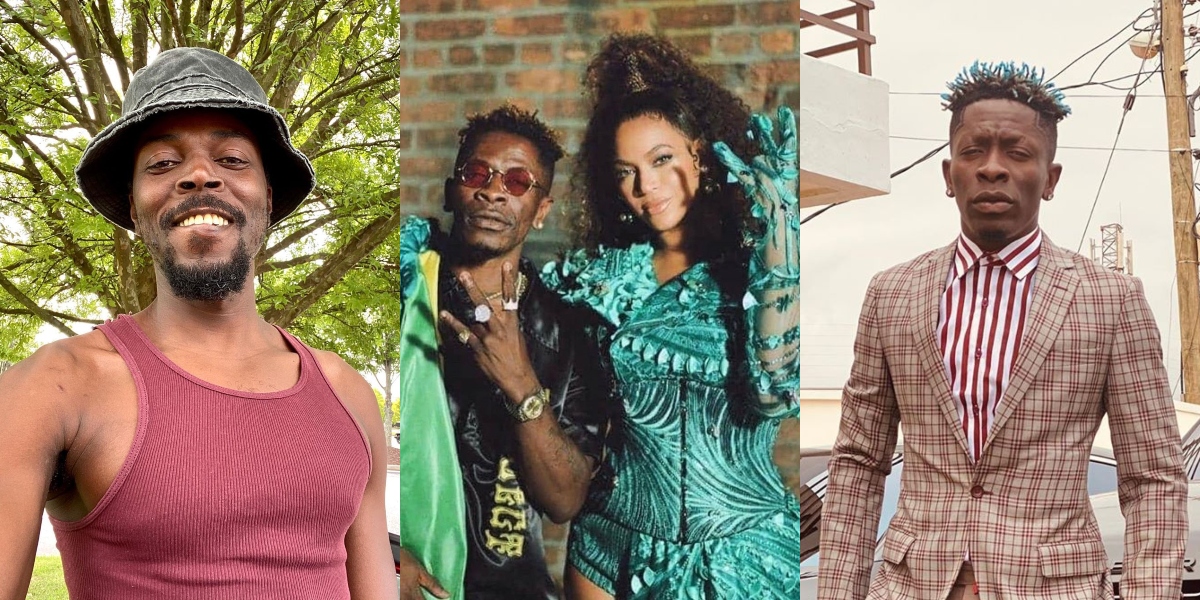 Emmanuel Kofi Botchwey, popularly known as Kwaw Kese or Abodam has praised Shatta Wale for his feature in the “Already” song by Beyonce.

Speaking in a viral video he stated that Shatta Wale has achieved something great. Their “beef” notwithstanding, this was a moment to pat Shatta Wale on the back.

He stated further that this was a big recognition for Ghana music.

“it’s not easy to do a song with Beyonce, on Beyoncé’s album, this is big money, big fame big everything” he said.

According to him, Shatta Wale had not only done good for himself but the entire nation, as international musicians will start to view Ghana in a different light.

“this thing some go touch every other Ghanaian artiste, dem go turn their eyes for Ghana, what is this country producing, so you people have to be happy for Shatta Wale”. He claimed.

Kwaw Kese said “beefing” was unnecessary, so henceforth he had no problem with anybody again. “having problem with someone suff be problem for you yourself, so you do not have to wake up thinking about somebody or what somebody has said about you”.

Replying to his live video he admonished those claiming the video was fake to forget it, because Beyonce was a household name even in America, so for one of Ghana’s own to go that far is a big thing.

He said… “forget about whether they shot the video in Achiase or whatever, it is a video and its big, you for stop the susupon and push each other, there’s a video. That’s all that matters “.