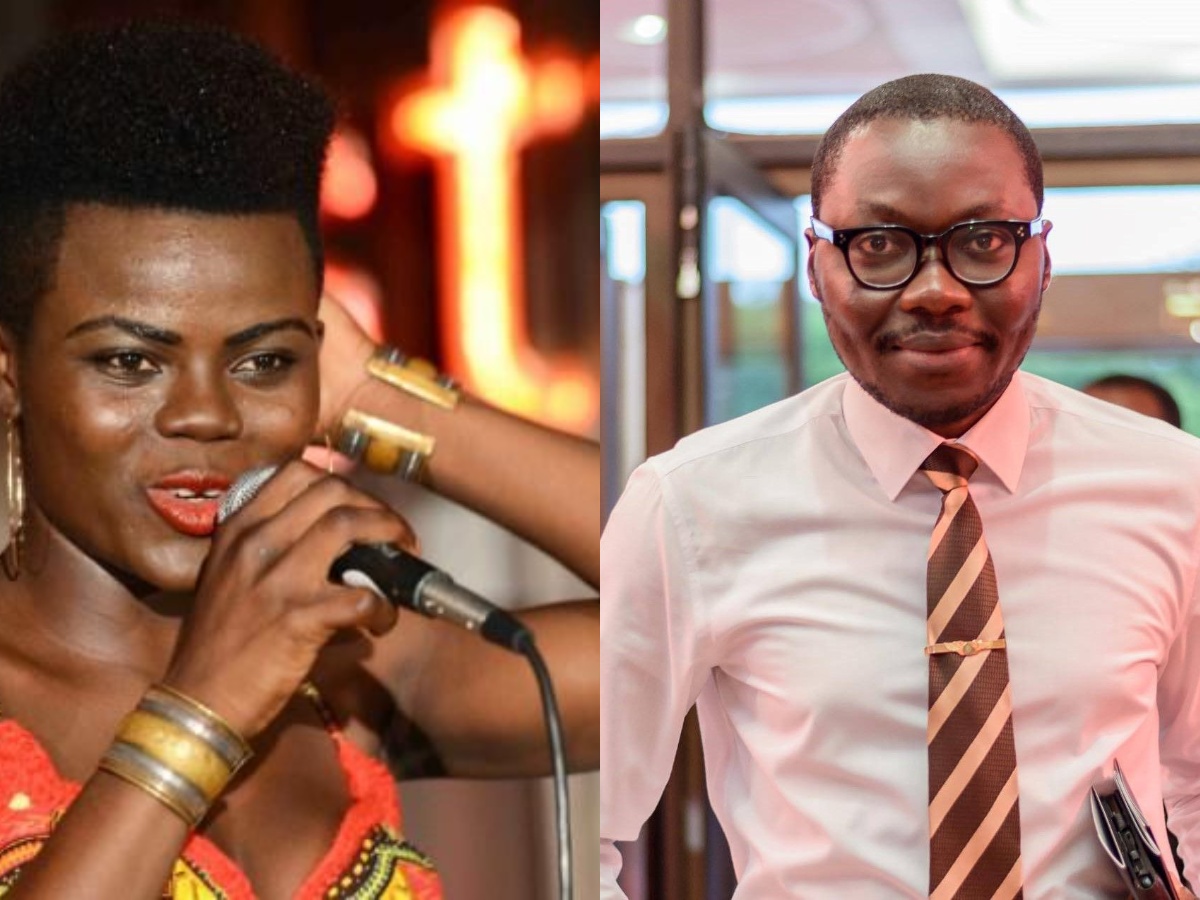 A throwback video showing entertainment pundit Arnold Asamoah-Baidoo and award-winning singer Wiyaala Noella having fun together has been spotted on social media.

The video which was posted on the IG handle of Zionfelix, saw Wiyaala performing what sounded like a ragga song “Rock My Body” at one of her shows that had many people in attendance.

The indoor event had many people having fun and enjoying Wiyaala’s performance.

While she performed, Wiyaala went round the room and teased the men who were seated with some dance moves.

She moved from one man to the other and danced for them. Among the men was Arnold Baidoo who was enjoying the performance with his arms folded.

When Wiyaala got to him, she danced a little and sat on his laps. Arnold also responded by wrapping his arms around the Make Me Dance singer and raised one leg into the air.

In recent times, Wiyaala and Arnold Baidoo have not been the best of friends following comments and counter comments coming from their camps.

It all started when Arnold gave a shoutout to Wiyaala and reportedly added that she did not matter in the Ghanaian entertainment industry owing to the fact that she was always playing international shows.

Wiyaala, in her response, indicated that she did not want Arnold or any other entertainment pundit mentioning her name on their shows.

Arnold later came out to share the video which was trying to bring confusion between him and the singer and indicated that she probably misunderstood his comments.

Share
Facebook
Twitter
Pinterest
WhatsApp
Previous articleGive Akufo Addo Four More Years – Actor Prince David Osei To Ghanaians
Next articleDon’t Add Me To Any Of Your WhatsApp Groups, You Were Useless When We Were Even With Shatta Wale – Joint 77 To SM Fans
- Advertisement -