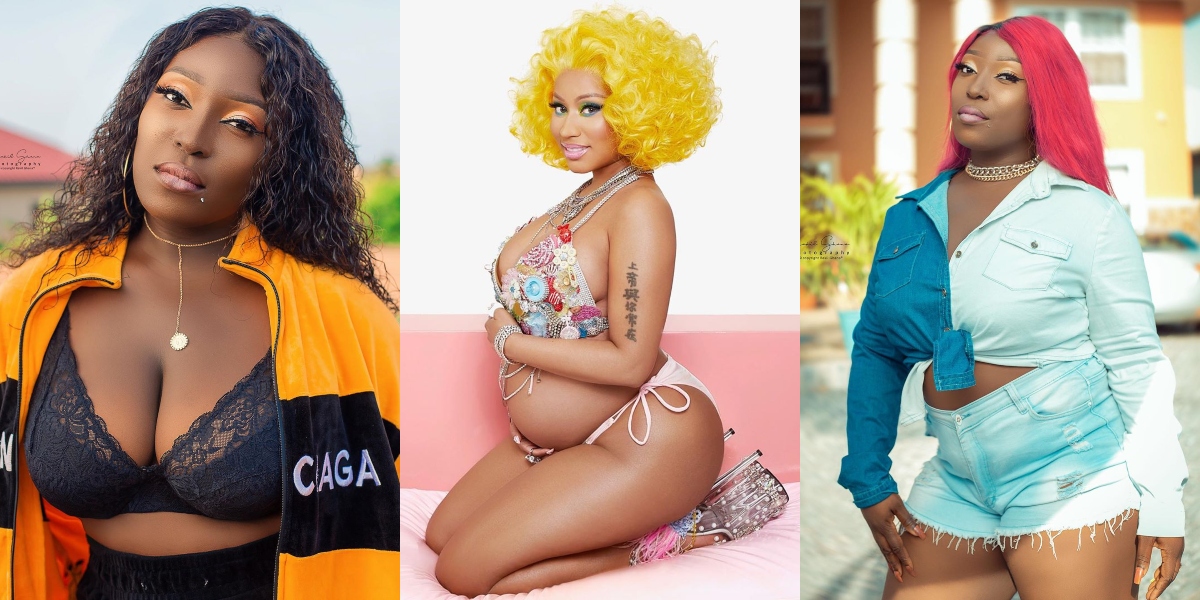 Rapper Eno Barony has cracked ribs by releasing a voice message sent to her by her grandmother following a conversation they were having about the rapper getting pregnant.

In a video sighted by Zionfelix.net on the Instagram page of the rapper, Eno Barony’s granny was heard begging the rapper to take seed as soon as possible so she can put to birth by 2021.

After Eno Barony posted the Whatsapp voice note, she captioned it, “After my grandma heard Nicki Minaj is pregnantI don’t know whether she thinks she is a Ghanaian or we are competing or sumfn she gave me tym at the end.”

Barony’s grandmother was heard begging her granddaughter not to worry about the welfare of the baby and went on to say that the baby can be weaned after just 1 week.

The old lady who appeared quite worried added that Eno Barony should not focus so much on making too much money and just grant her this wish of birthing a great-grandchild for her.

She added that Eno Barony was going to benefit from the fruit of her labour when her child finally comes of age.

Eno Barony’s dilemma came as a result of surprise news from American rapper Nicki Minaj who took to social media to announce that she was expecting a baby.

The Megatron rapper made the announcement after she posted a baby bump photo on all her social media platforms.

She has received thousands of congratulatory messages after she broke the good news to the world.