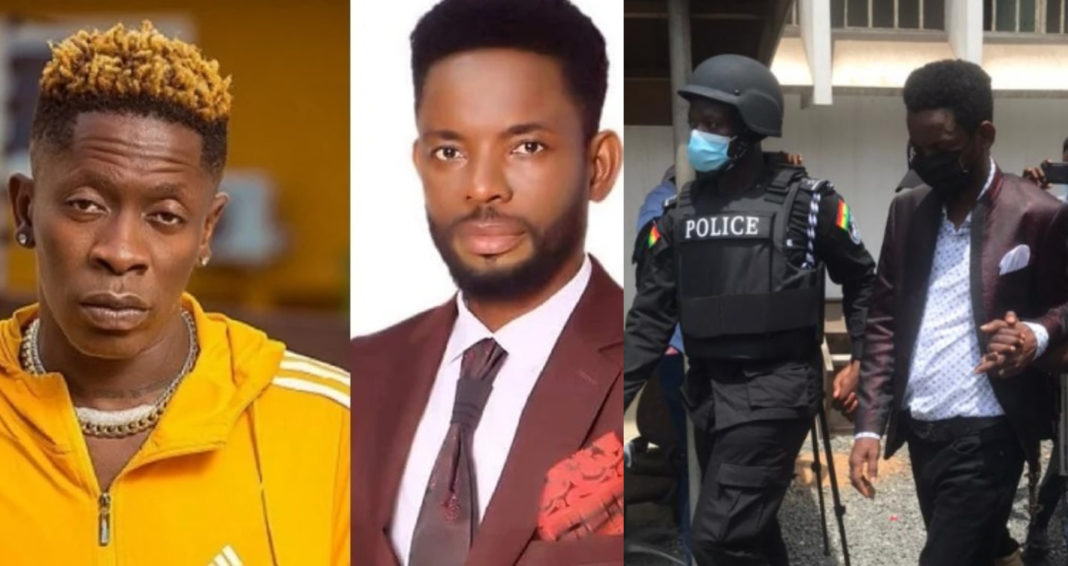 The man of God at the center of the recent Shatta Wale prophecy brouhaha, Bishop Stephen Kwasi Appiah aka Jesus Ahoufe, has been acquitted and discharged.

The founder and leader of New Life Kingdom Chapel International made the revelation when he was interviewed on Tuesday, October 4, 2022, on Accra FM by Nana Romeo.

The preacher was arrested at the premises of Accra 100.5 FM on Tuesday, October 19, 2021, over a death prophecy he made about controversial reggae/dancehall musician, Shatta Wale.

On September 28, 2021, while granting an interview on Accra FM, the man of God said that a popular dancehall artiste called Charles would be shot dead on October 18, 2021, just as Lucky Dube was shot dead in South Africa.

Soon after the interview went viral, a lot of netizens suggested that he was talking about Shatta Wale and no one else, even though he tried to be smart about it.

A month after the prophecy, he was arrested after Shatta Wale and two others staged a fake gun attack on the same date the pastor mentioned in his prophecy.

Shatta Wale and the two others, Kojo Owusu Koranteng, also known as Nana Dope, and Eric Venator, alias Gangee, were also arrested for the circulation of information intended to cause fear and panic.

Jesus Ahuofe was also charged with causing fear and panic, to which he pleaded not guilty.