VIDEO: ‘I Do Not Want To Work With Him Again’ – Pappy Kojo On Beef With Joey B 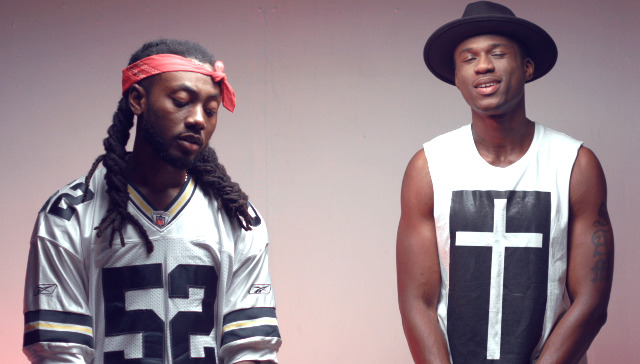 Ghanaian rappers, Pappy Kojo and Joey B were the best of buddies back then, but for over six years now, the two have fallen apart.

Speculations about a supposed beef that existed between them made the headlines back in 2019 and got a lot of people talking.

Quite recently, Pappy Kojo in a Twitter space opened up and provided netizens with the details of what really led to their fallout.

Speaking on the space of Firesticks back in March 2022, the ‘Realer No’ crooner revealed that after 2015, he has not really had any form of proper interaction with Joey B.

READ ALSO: Akuapem Poloo Stresses Decision Not To Go Back To Her Old Life

According to him, this was because Joey B decided to give him some space just because he failed to walk away from two of his friends [Snypa and Akitiwroro] he has known since age 16 after Joey had asked him to do so.

He added that back then he was so hurt about this fallout that on various nights he had to cry and even complain bitterly to the manager of Joey B.

Well, when he appeared on 3 Music TV‘s Culture Daily show on Friday, December 9, 2022, Pappy Kojo was asked if he was ready to become friends with Joey B again.

Answering this question, Pappy gave an emphatic no answer and added that even if it meant that the was going to get a lot of money for it, he won’t do it.

Listen to Pappy below…