VIDEO: Lucky Mensah Discloses The Shocking Prices He Sold Some Of His Songs Because Of ‘Hunger’ 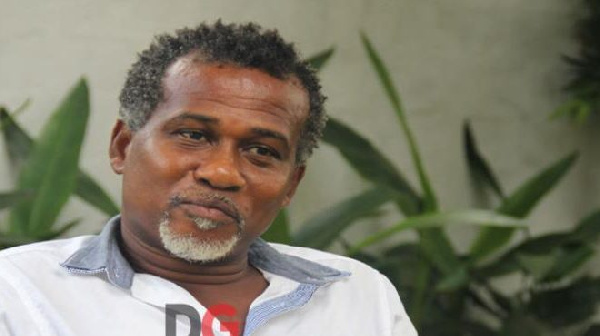 Veteran Highlife musician, Lucky Mensah has revealed the shocking amount of money he sold some of his songs which eventually became hits due to the hardships he found himself in back then.

The ‘Come Back To Me’ hitmaker in the chat with Saddick Adams on Angel TV’s Sports Salad show recently said that back in 2001 and 2002 things became a little tough for him financially.

Lucky Mensah mentioned that at the time he was building at Alajo in Accra and things were quite rough so he had no other option than to use his talent to get some money.

He revealed that at the time he had written the song ‘Meda Ho Ma Wo’ but he didn’t have any money to work on it so he sold the song to Film Prince at the cost of 1.5 million old cedis which is currently Ghc150.

Lucky Mensah added that the song was eventually given to Abomofoo to sing and release.

He went on to disclose that he also sold another song for 200,000 old Ghana Cedis which is currently Ghc20 at the time just because he needed money to feed himself.