Video Of Eddie Nartey And Umar Krupp In A F!ght Surfaces Online – Watch 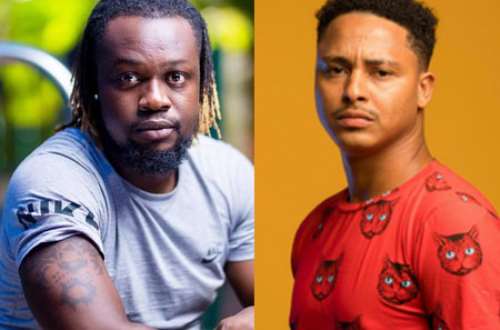 Eddie Nartey in his post blasted Umar Krupp for growing some wings and warned he would not take any foolishness when he crossed the line with him.

READ ALSO: VIDEO: I Own A Hotel And A Huge Pub With Swimming Pool, I’m Building More – Amakye Dede Lists His Properties

He wrote; ‘@umarkrupp I have had good friendship with you and we have done a lot of things together. One thing I will not tolerate is when you cross the line. Don’t be fooled by what people are saying, I will F**k you up!

Many social media users after sighting the screenshot began to ask questions to understand what was really going on between the two.

READ ALSO: Don’t Be Fooled Or Else I Will F**k You Up – Eddie Nartey Cautions Umar Krupp

As the questions continue to come in, a new video has surfaced on social and in this video, Eddie Nartey and Umar Krupp are seen engaging in a physical tussle following some sort of misunderstanding.

Currently, it is not clear what caused this whole beef. However, some people are already alleging that it is a stunt to promote a new project they are working on.

Actor And Movie Producer, Umar Krupp Reacts To Allegation That He...