VIDEO: Ofori Amponsah is a better singer than Daddy Lumba – Archipalago sparks a hot controversy on the internet 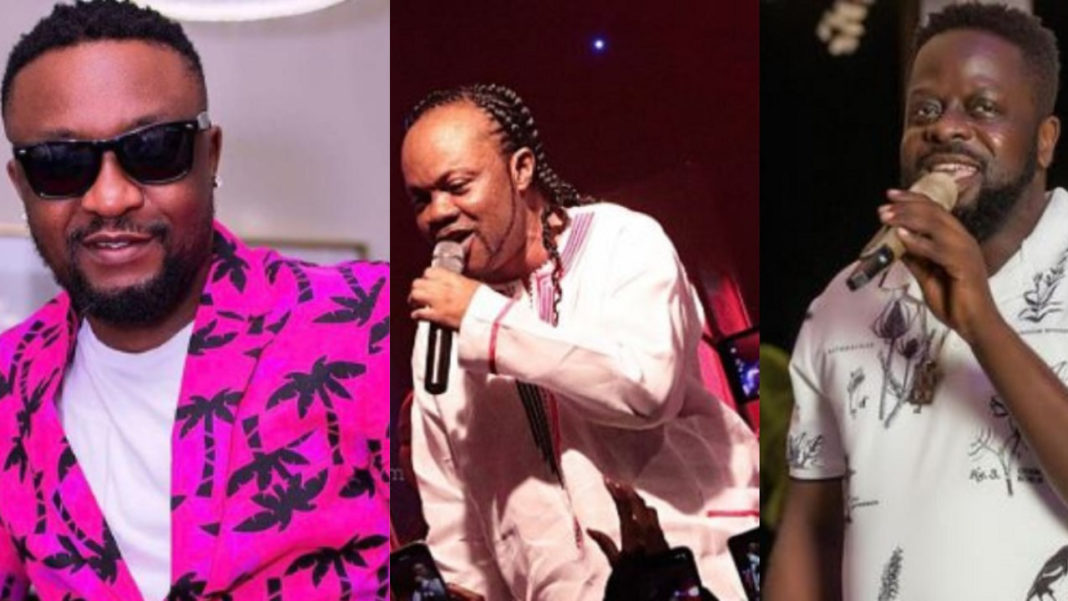 Ghanaian-born US-based entertainer and health professional, Archipalago has given rise to a hot controversial topic on the internet.

According to contentious Archipalago, Ofori Ampionsah who’s Daddy Lumba‘s disciple is much more better and talented than his Highlife veteran.

While enjoying himself with some of Ofori Amponsah’s hit songs in a short video, Archipalago vehemently insisted that in terms of talent and lyricism, Daddy Lumba is nowhere near Ofori Amponsah.

He additionally explained that although Daddy Lumba is in a league of his own but after listening to their songs on rotation, he can confidently crown Ofori Amposnah as the undisputed king of Highlife music.

This opinion from Archipalago has angered the die-hard fans of Daddy Lumba to blast and attack him in the comments section of the video.

Some have even issued a string warning to him to never ever mention Daddy Lumba’s name again else they will show him where power lies.

Meanwhile, Ofori Amponsah has always given Daddy Lumba his flowers anytime he gets the opportunity.

READ ALSO: Stonebwoy Begs Fans To Return The Phone Of His Road Manager Which Got Stolen In Berekum

The Cinderella hitmaker has disclosed on several occasions that without Daddy Lumba, he wouldn’t have been who he is now.

He has always shown massive respect and admiration for Daddy Lumba despite not being under his wings anymore.

Maybe Archipalago might later come out to apologize for his comments because Lumba is regarded as the god of Ghana music.

Sarkodie Set To Drop A New Banger With The Legend, Nana...