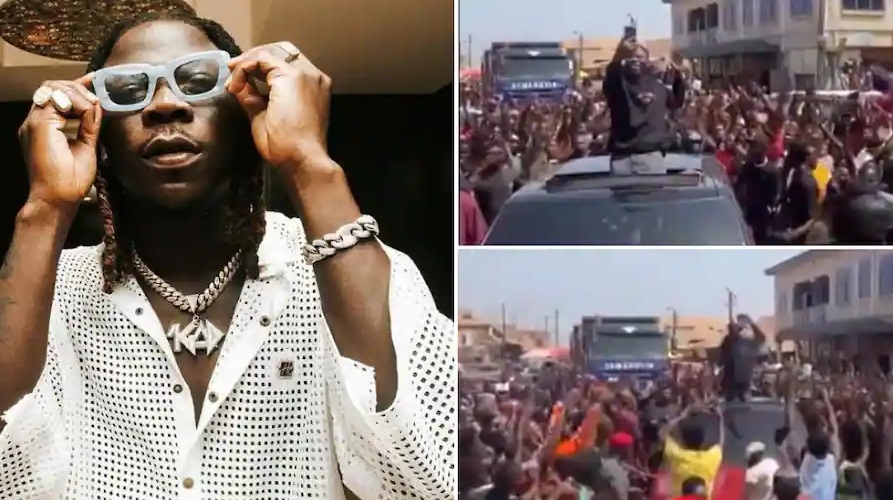 The CEO of Burniton Music Group, Stonebwoy, has made a passionate appeal to his followers, especially, those who are based in Bantama.

In a post he left on his Snapchat page, the ‘Sobolo’ hitmaker begged these fans to return the phone of his road manager.

READ ALSO: Keche Andrew’s Wife Announces Her Intentions To Contest For Parliamentary Seat On The Ticket Of The NDC

According to him, the phone got stolen from his road manager when they went to Berekum on Saturday, January 14, 2023, for his mega-concert at the Ahenfie Palace.

Stonebwoy disclosed that after they activated the find my phone option on the phone., they realized that the phone was at Kumasi Bantama so he begged them to feel free to return the phone.

He provided some phone numbers the person who will decide to return the phone can reach him on and do the needful.

In other news, the concert in Berekum itself was a huge success. Ahead of the concert, Stonebwoy was spotted in a Red Range Rover as he stood out of the roof of the car to interact with the large crowd who gathered by the roadside to welcome him.

He took out his phone to record the memorable moment as the fans chanted his name and his signature name, Bhim.

At the “A Night In Berekum” Concert, Stonebwoy as always put up a spectacular and energetic performance that lasted for over 3 hours.

Ayisha Modi Clashes With Kevin Taylor For Dissing Stonebwoy Over His...