Ayisha Modi is a lair, she told plenty of lies about me and Stonebwoy sacked me through a text – OV spills it all as she goes hard on her former boss 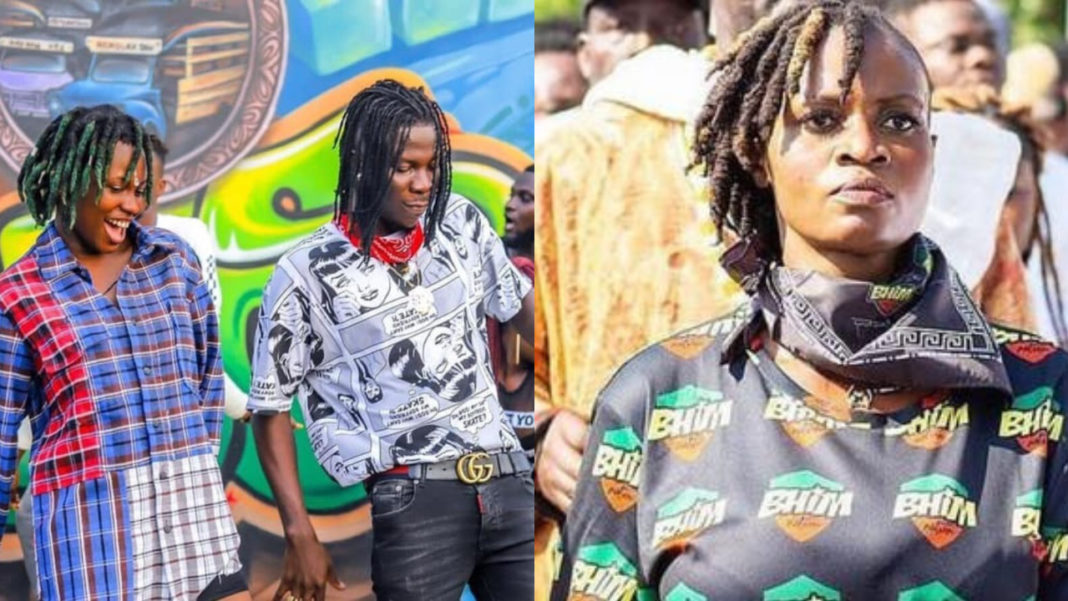 Former Burniton Music Records signee, OV, has accused her former boss Stonebwoy, of sacking her for no tangible reason, which she still deems very unfair.

OV, whose real name is Barbara Naa Okailey Nyarko became a national star after she made a name for herself following her fame after partaking in MTN hitmaker.

READ ALSO: Ghana is ready to rename one of its national stadiums after Pele – NSA boss reveals

After the music reality show, she was immediately signed by Stonebwoy to his record label.

After becoming a part of the Burniton Music Record label, many people assumed she was going to be the next Kaakie or Mzvee but unfortunately, things didn’t go as planned.

Out of the blues, she was sacked by Stonebwoy from his camp. During that period, Stonebwoy’s former career manager Black Sidi and singer Kelvynboy were also flushed out.

With the shocking termination of her contract with Burniton Music Record Label, OV hasn’t been herself and it’s like she has lost her touch.

The termination of the contract affected her so badly that her music career took a nosedive and pushed her into depression.

Because she signed a contract with the music label for 5 years but she spent only 6 months with them.

Speaking in an interview with NYDJ Live, OV revealed that Stonebwoy parted ways with her through a text message and refused to explain why he sacked her from his camp.

Speaking about Ayisha Modi, OV claimed that Ayisha promised to take her to Stonebwoy before signing her contract but such never happened. Ayisha Modi also posed herself to be Stonebwoy’s manager but it was all facade.

She added that during her fallout with Stonebwoy, Ayisha Modi came out to spew a lot of lies about her making her appear a bad and ungrateful person.

SourceZionfelix.net
Share
Facebook
Twitter
Pinterest
WhatsApp
Previous article
Ghana is ready to rename one of its national stadiums after Pele – NSA boss reveals
Next article
Amerado Is Set To Drop A Diss Song For Strongman? – Listen To Snippet
- Advertisement -

VGMA 2020: Songs Featuring Shatta Wale And Stonebwoy Snubbed By The...