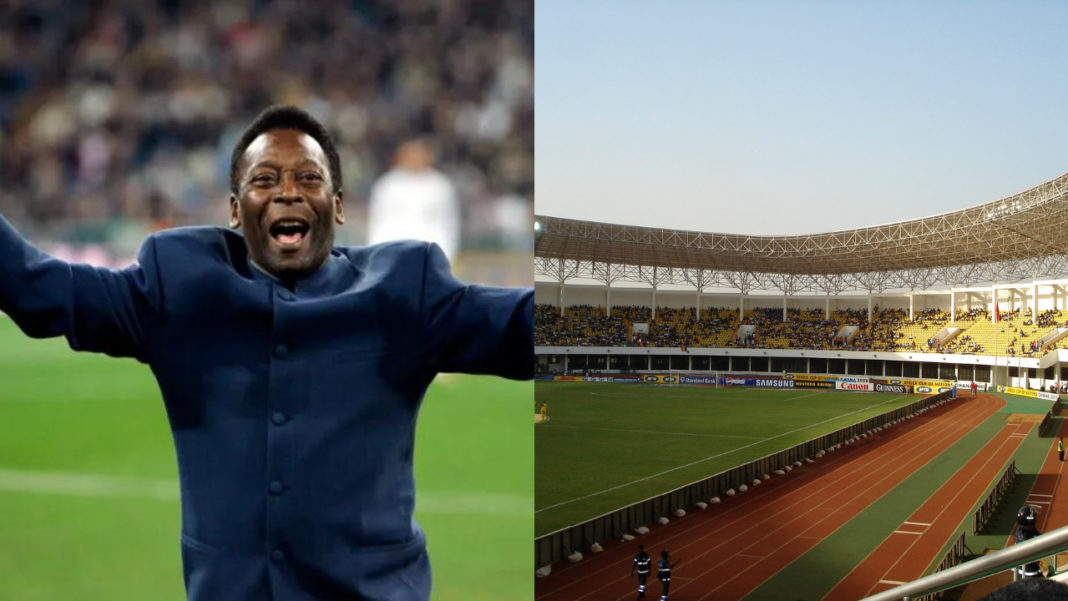 According to the National Sports Authority (NSA), it has commenced the processes involved in renaming one of our mega national stadiums in the country after Brazilian great, Pele, who died on 29th December 2022.

Prof. Peter Twumasi, the Director-General of the NSA made this revelation by emphatically stating that the sporting body is ready to make it happen while speaking to some newsmen.

He made this statement in response to FIFA President Gianni Infantino’s announcement that FIFA would invite its member associations to plead with them to rename one of their national stadiums in recognition and commemoration of the football legend.

Speaking in an exclusive interview with GNA, Prof. Peter Twumasi is reported to have said;

The call by Infantino for nations to name a stadium in recognition of the football king, Pelé, is something many nations always do to honour their hero,”

“For me, it is a good motivation for young players who aspire to reach the pinnacle of football and also serves as a magnet to unite people around the world.

“There are procedures to be followed in the renaming of the stadium and as we did with the Baba Yara Sports Stadium in Kumasi, and we are willing to engage appropriate stakeholders to make this happen, especially given the vast number of unnamed new sporting facilities in the country.”

Pele is widely recognized as the best player to ever play the game after winning 3 world cups and scoring over 100 goals throughout his professional career.

Now the question most Ghanaians on the internet are asking is; which stadium is that in the first place?

And besides, how many Ghanaians have been honoured by the National Sports Authority in Ghana?

SourceZionfelix.net
Share
Facebook
Twitter
Pinterest
WhatsApp
Previous article
Alan Kyerematen resigns as Trade and Industry minister
Next article
Ayisha Modi is a lair, she told plenty of lies about me and Stonebwoy sacked me through a text – OV spills it all as she goes hard on her former boss
- Advertisement -

No Ghanaian Artiste Has Ever Filled A Sports Stadium – Lilwin