VIDEO: Who Is Mr. Logic? – Kweku Flick Questions In A Bizarre Manner As He Reacts To His ‘Curse’ On His Life 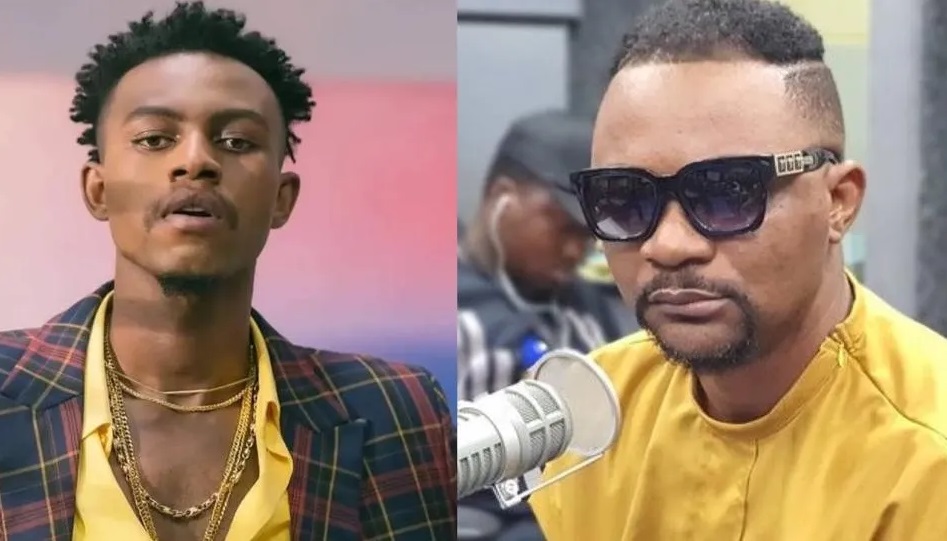 The ‘Ewiase’ hitmaker made this query about who Mr. Logic is after Zionfelix asked him how he felt when the Hitz FM entertainment pundit, Mr. Logic said some time ago that the Kumerica wave will fade away along with Kweku Flick’s career.

In response to this unfortunate statement, Kweku Flick denied knowing him and also denied ever hearing the things he said.

He went ahead to ask if the name Mr. Logic makes reference to the “the disappointed musician” because of how Zionfelix said that he was once a musician.

Kweku Flick also pointed out that Mr. Logic is not God so he has no control over his future and music career.

‘He’s not God. It’s only God who can say that because of the things I’ve heard, seen and gone through, I know where I’m headed to. I dream a lot, and whatever I dream about comes to pass,’ he said.