Mr. Logic Thre@tens To Deal With Kwadwo Sheldon As They Cl@sh Online; Sheldon Fires Back 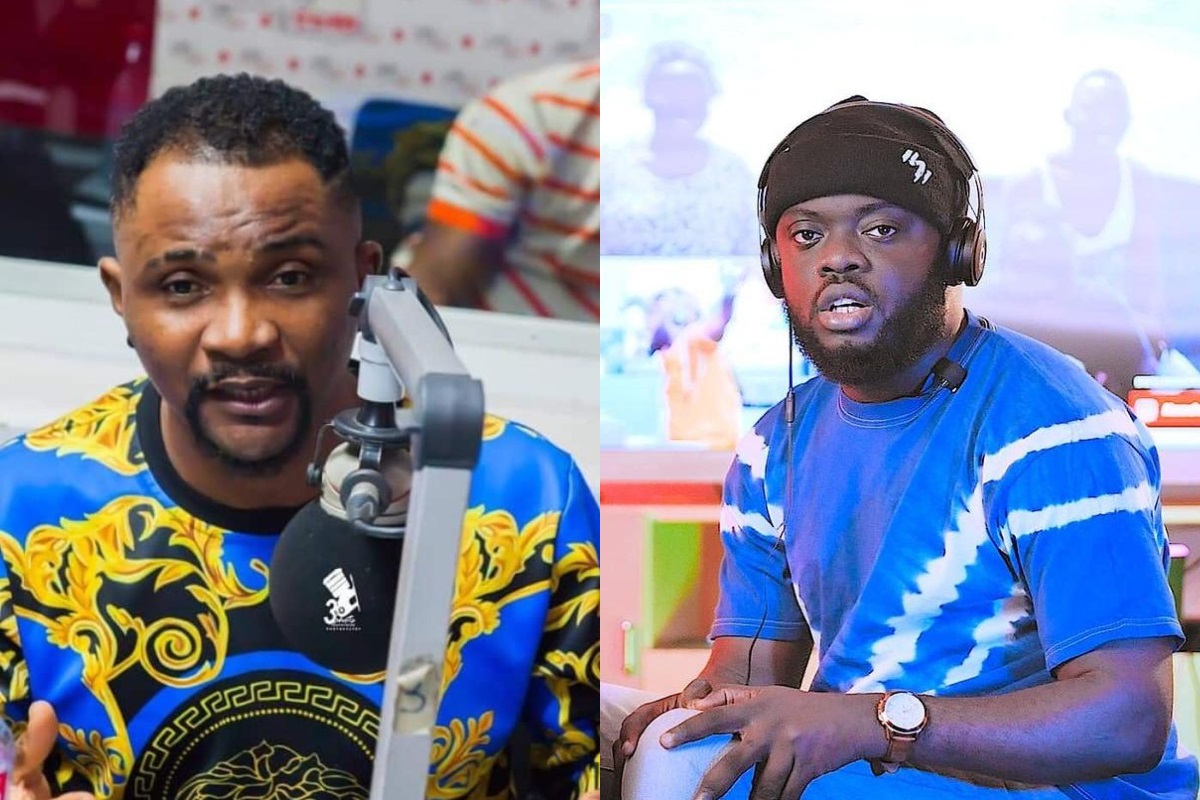 Controversial entertainment pundit and artist manager, Mr. Logic has angrily taken to Facebook to call out the popular content creator, Kwadwo Sheldon over what he described as disrespectful conduct.

Mr. Logic in the Facebook post sighted by zionfelix.net described Kwadwo Sheldon as ‘a very stupid boy paaa’ and went on to warn Kwadwo Sheldon not to mention his name in any of his content again unless, of course, he is ready to face his wrath.

READ ALSO: Jay Bahd Finally Speaks About The Leak Of His Viral Sekz Tape And How His Mother Reacted – Watch Video

Well, as typical of Kwadwo Sheldon, he also appeared on Mr. Logic‘s page to reply to him and point out that what he sort to do was to educate Mr. Logic because he made a very ignorant statement.

The host of the popular ‘Yawa Of The Day’ show also told Mr. Logic that the manner he took to Facebook at dawn to call him out shows that he lacks love at home and added that he is afraid of him at all and is ever ready to face him squarely when the need arises.

See screenshots of their cl@sh below for more