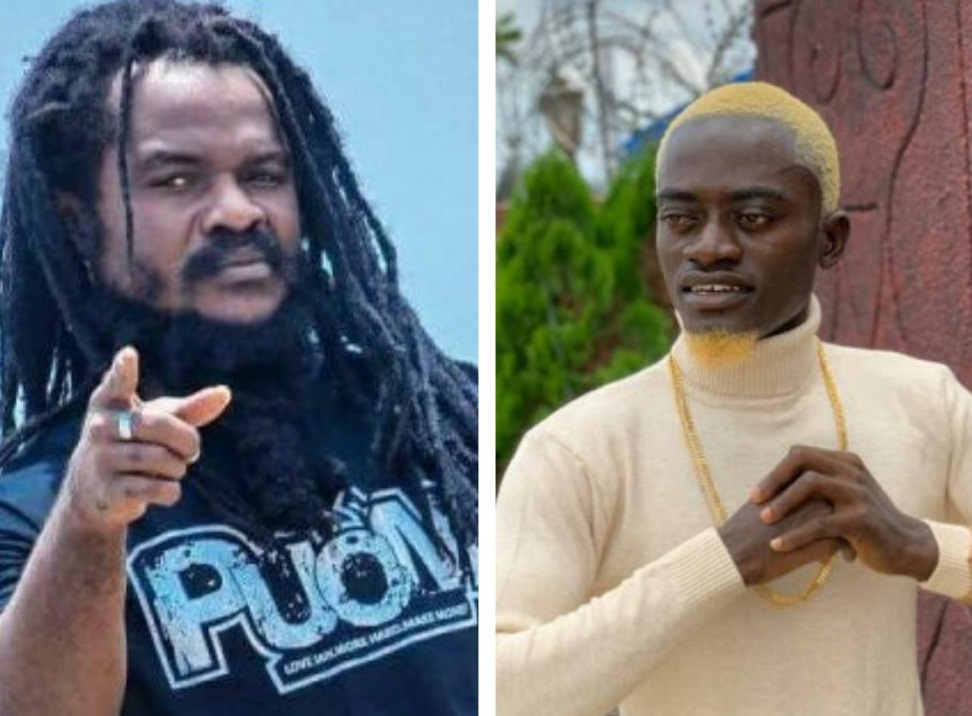 Raskuuku has taken to social media to throw some fresh jabs at Lilwin after the latter released a video to take the former to the cleaners over a video.

Lilwin in this video that has seen Raskuuku come out to react said that the latter should be a fetish priest because that is what is befitting of his physical looks.

Lilwin also added that Raskuuku did not deserve the Dancehall Artist of the Year at last year’s VGMA, however, he won it because Stonebwoy and Shatta Wale were left out of the scheme because of their issues.

Well, these things Lilwin said appear to have struck a nerve in Raskuuku and he has taken to Facebook to reply to him saying: ‘Kwadwo Nkansah is the main reason why the Ghana movie industry collapsed, Humble Yourself me nua . You see how you’ve collapsed KumaWood. Shame on you. We got no space for concert party people like you in the Music Industry. Go and fix your failed and collapsed KumaWood. S3 ‘me ladder’ Aaah, foolish song like that.3 3 & 1′