Who Is Lilwin When It Comes To Reggae And Dancehall Music? – Ras Kuuku Queries 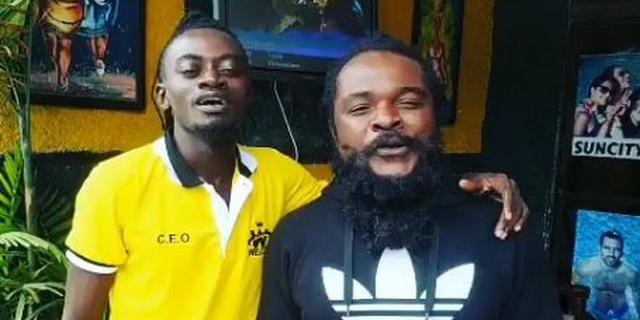 Ras Kuuku has fumed over a comment made by actor, Kwadwo Nkansah aka Lilwin some years ago.

During an interview with MC Yaa Yeboah on Bright TV, the host recalled a statement Lilwin made when he released his song ‘How Dare You’ which featured Article Wan.

According to her, Lilwin claimed his song was the best reggae/dancehall song at the time.

Yaa Yeboah narrated that Lilwin said until Ras Kuuku releases a song capable of dethroning him, he was enjoying his reign.

READ ALSO: Remember Me In Your Prayers – Nana Ama McBrown Asks Her Fans

Reacting to this in a video sighted by Zionfelix.net, Ras Kuuku questioned who Lilwin is when it comes to reggae and dancehall music.

He asked Lilwin to concentrate on his movies-of which the industry is even dead. He added that there is no space for him and the other actors in the music scene.

Ras Kuuku further stated that he is part of history as he won the Reggae/Dancehall Artiste of the Year in 2020.

Video: Junior Pastor Of Nigel Gaisie Exposes Him And Reveals How...