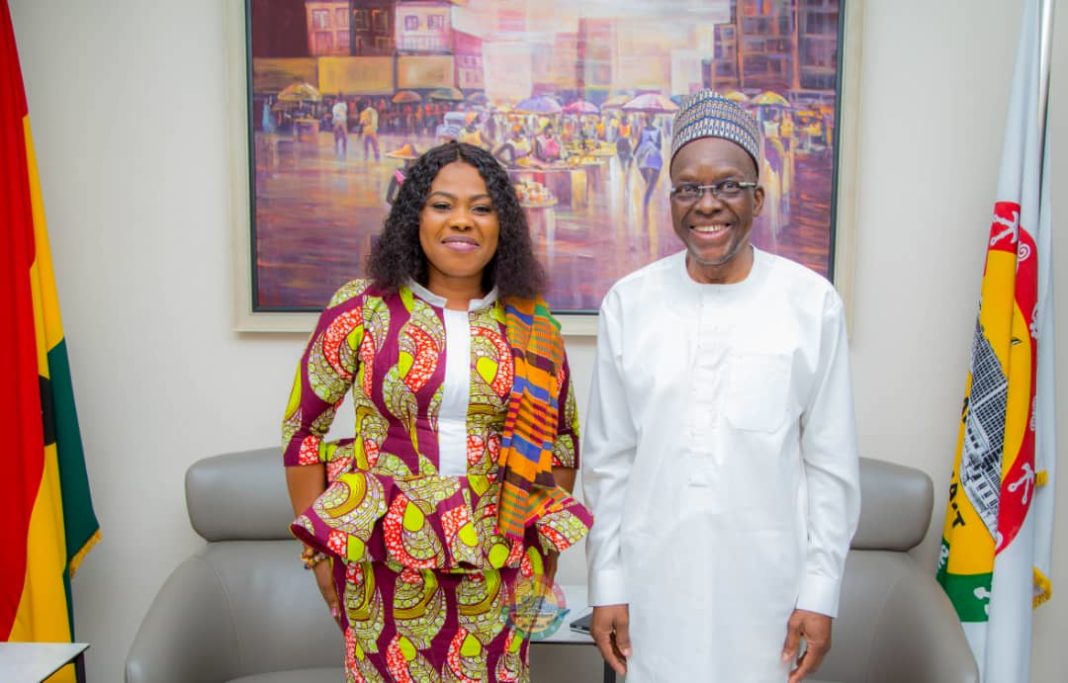 The current Speaker of the Parliament of Ghana, Mr Alban Sumana Kingsford Bagbin, has said that Ghana needs to create a strong national identity for herself as she treads on the path to development.

According to the Speaker, no nation can develop without an identity and it was imperative for Ghana to mould an identity for herself through areas like language, dressing and food.

READ ALSO: ‘Social Media MP’ – Afia Schwarzenegger Sl@ms Sam George And W@rns Him Not To Comment On Her ‘Beef’ With Delay

“We also need to have an identity as individuals to be able to develop and that is why I decided to change my style of dressing as the Speaker of Parliament but some people do not understand that move,” Mr Bagbin said.

He was speaking when a delegation from AdFirst Consult paid a courtesy call on him at his office in Parliament House to commend him on his bold made-in-Ghana dress sense and assure him of their support for the direction he has opted to go.

Mr Bagbin caught wide attention when in late January this year, he ditched the usual Speaker’s ceremonial outfit for a colourful Kente cloth over a white jumper and a gold-studded headgear to match.

READ ALSO: ‘Entertainers Should Learn To Manage Their Wealth When They Are Young’ – Zack Advises

Mr Bagbin said at the time that the Parliament of Ghana should be able to do more at branding, showcasing and marketing Ghana to the world. He has continually worn made-in-Ghana clothes to work since then. He has said that he would use the official Speaker’s cloak only for ceremonial occasions.

He told the AdFirst Consult delegation that he was very much in favour of Parliamentary staff and Members of Parliament adopting a more made-in-Ghana approach to dressing for their official duties.

Commenting on the consumption of local food, Mr. Bagbin stated that Ghana has several nutritious foods which her people have abandoned for foreign tastes.
“Anytime I travel from the North to Accra, I bring Dawadawa because it has lots of useful nutrients,” Mr Bagbin said.

READ ALSO: I Was Prevented From Seeing My Mother Before She Died – Vicky Zugah Cries In Latest Interview

He urged corporate bodies to support Ms Emelia Arthur and her made-in- Ghana team to make more strides in their campaign.

He said companies support beauty pageants and football in this country and it would be worthwhile for them to also extend sponsorship to the made-in-Ghana campaign.

The Made In Ghana Campaign Ambassador, Miss Emelia Arthur on behalf of the team , expressed gratitude to the Speaker and assured him of their continued fight for more people to patronize made- in-Ghana goods and services.