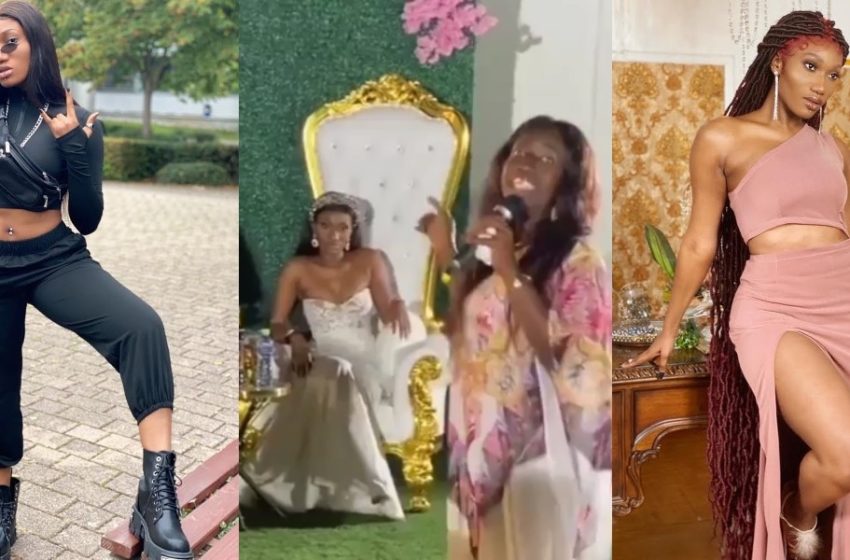 Ghanaian singer Wendy Shay, known in real life as Wendy Addo, has been seen in a wedding video where she appeared to be a bride and it has surprised many people.

The Shay On You singer was seen in a video which has been sighted by Zionfelix.net as she wore a wedding gown and sat beside a man who appeared to be the handsome groom.

Many people have been thrown off by the video and are left to come to terms with it and see if indeed the singer is getting married or it is something different.

Wendy Shay was seen with the groom seated at what looked like their wedding reception which was being emceed by popular master of ceremony, MC Too Cute.

The MC was heard saying that it was the dream of every woman to get married and today, it was the turn of no other person but Wendy Shay.

It is still to be confirmed if indeed Wendy Shay has tied the knot or the video is coming from an upcoming project of hers. 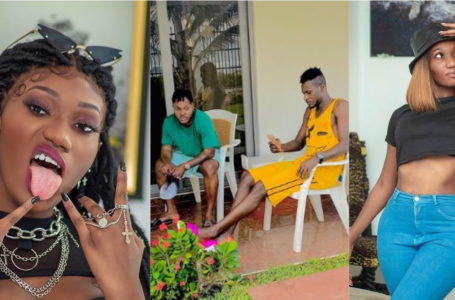