Yaw Dabo told Zion Felix on sidelines of the ‘Baby Mama’ premiere at Kumasi that, Tracey contacted him when she was about to start the project but something prevented him from being part of it.

According to him, Tracey’s call came at a time he was preparing to embark on a tour to Germany.

He deems it necessary to support her in premiering the movie now that he is back to Ghana.

Yaw Dabo seized the opportunity to appeal to the government to construct more cinemas and theatres in the country.

He believes such ventures will help in the development of the movie industry in Ghana.

Over the weekend, Tracey Boakye held a successful premiere of her 14th self-produced movie titled ‘Baby Mama’ at the Watch & Dine Cinema in Kumasi, pulling in a massive crowd.

The premiere is expected to continue at the National Theatre, Accra on the 25th of July, 2019 and at the Eusbett Hotel in Sunyani on the 3rd of August, 2019. 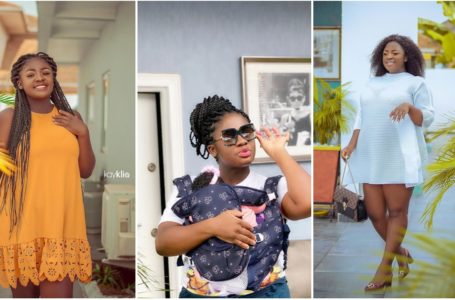 Sam Jonah Is Not The Father Of...