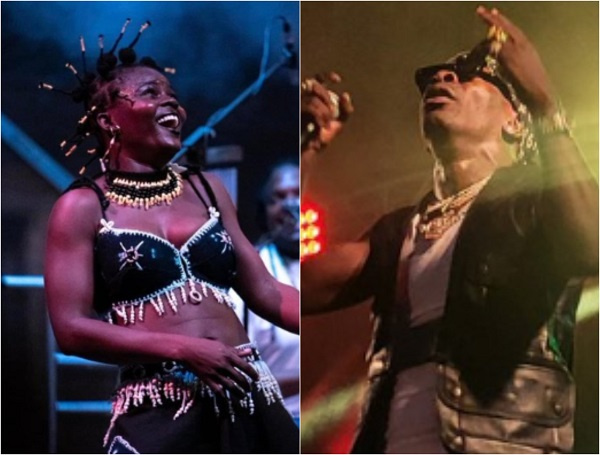 Ghanaian singer-songwriter, Wiyaala has rendered an unqualified apology to Shatta Wale after alleging that the latter was involved in a ploy to ‘disrespect’ during the SummerStage Festival in New York on August 13, 2022.

Wiyaala took to her Facebook wall to allege that Shatta Wale’s team obstructed The Bronx Borough President, Vanessa L. Gubson from presenting a Citation of honor to her.

READ ALSO: Yaw Tog Reveals The Highest Amount He Has Charged To Perform At A Show – Watch Video

In the live video on Facebook, Wiyaala revealed that the organizers of the concert had promised to give her a citation after the performance of Shatta Wale even though she performed first — a move she was not really pleased about.

She however decided to agree and wait for the presentation to be done after Shatta Wale’s performance only to be told that she had to take it backstage.

Wiyaala added that this infuriated her and eventually she decided to reject the citation.

Soon after she made these revelations, social media went into a frenzy with reactions only for the Chairman of the African Advisory Council to the Bronx Borough President’s office, Mohammed Mardah to come on Facebook and take all the blame for the gaffe.

In the post he shared, he wrote: “I want to state categorically and emphatically that! The Bronx Borough President bears NO RESPONSIBILITY for what happened last night at Summerstage 2022. Shatta Wale bears NO RESPONSIBILITY for what happened at Summerstage 2022 in the Bronx. That was MY fault. So, I am hereby rendering an unqualified apology to Wiyaala and her team.”

Following the admission of Mohammed Mardah, Wiyaala has taken to the same media she used to accuse Shatta Wale to apologize.

“Mr Mohammed Mardah came out and wrote an apology letter to myself and my whole team, that it was his fault that the things went the way they went so he is taking responsibility for that. From our camp, we say we have accepted the apology,” she stated.

NO FREE SHOWS: Stonebwoy Quotes His Charges For Shows In And...