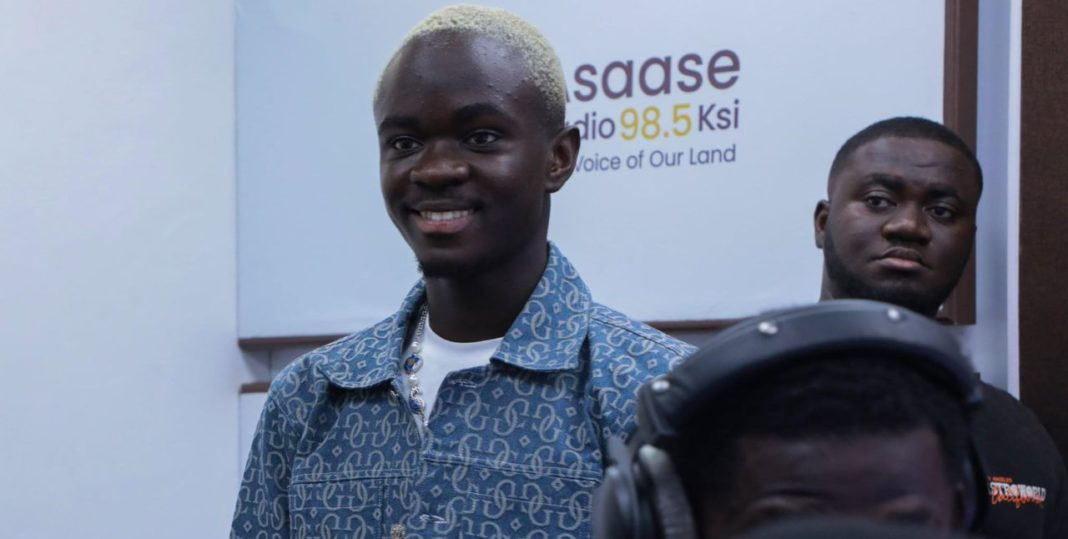 Musicians are mostly tight-lipped about the amount they charge before they perform at shows when they mostly grant interviews.

Many of the time, they will smartly refuse to answer such questions when they pop up during interviews and direct that people who want them for shows see their management for the amount involved.

READ ALSO: My Mum Polluted My Father To Me, I Don’t Have Time For Him – Yaw Tog Reveals

The case was no different when Zionfelix recently had an exclusive chat with young talented musician, Yaw Tog.

When the question about the amount he charges came up in the interview, Yaw Tog said that it is mostly dependent on the type of show and some other important factors.

When the host pressed and quoted Ghc40,000 as an amount he has ever charged before he performed at any show, Yaw Tog laughed hysterically and later confirmed in a rather reluctant manner that it is.