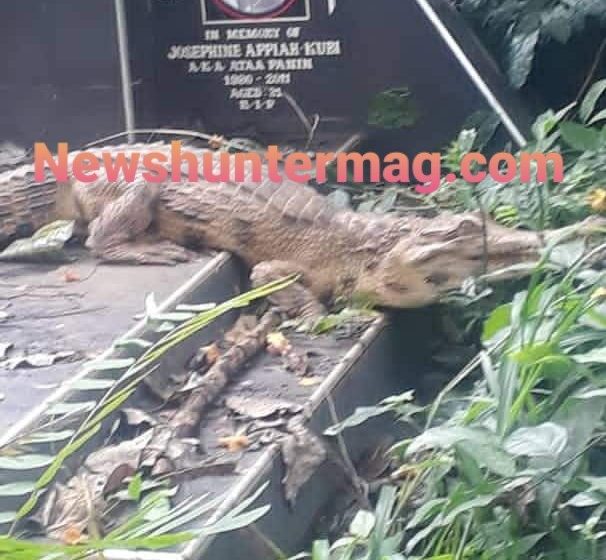 Wonders they say shall never end and it’s very true!

The residents of Chiraa in the Bono Region are living in fear.

This comes after a crocodile was found at the cemetery.

According to a report by Newshuntermag.com that Zionfelix.net has come across, the crocodile invaded the Chiraa cemetery a few days ago.

READ ALSO: Lilwin Should Accept It, Dr Likee Is The Man Of The Moment – Yaw Dabo

It was found by some young men who subsequently filmed it. They argued whether it’s a crocodile or not.

Strangely, the crocodile disappeared after a libation was poured.