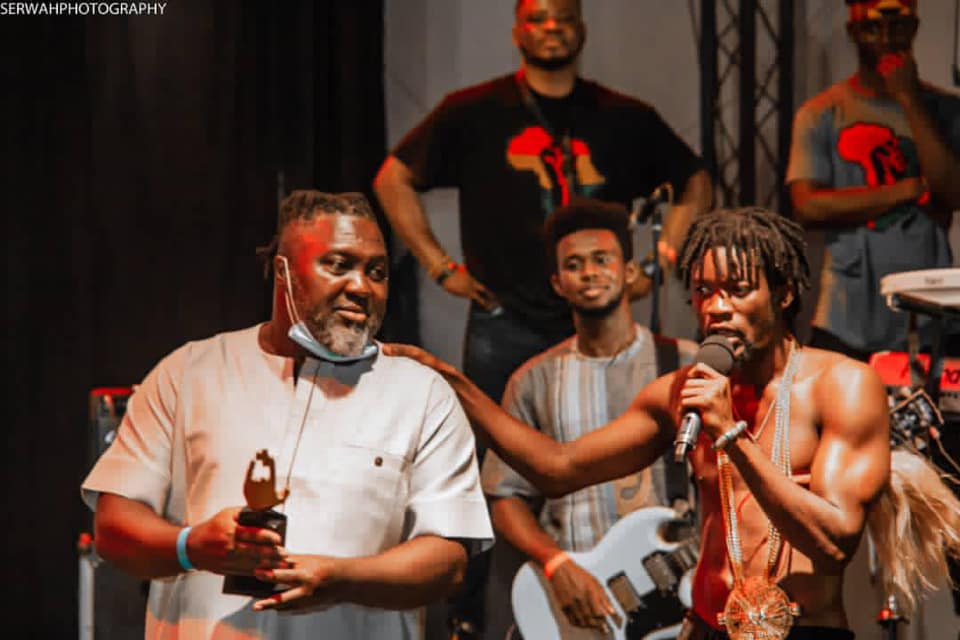 Renowned Ghanaian music producer, Hammer was stunned after he was honoured at a concert organized by Worlasi.

Hammer, who attended the concert said in a post sighted by Zionfelix.net that Worlasi surprised him with an award after he graced the event.

He felt much appreciated and thanked the musician for the gesture.

Hammer stressed how special the award was. According to him, he was speechless after he saw his name on the plaque.

READ ALSO: Samini Is Confused And A Liar – Shatta Wale Reacts To His Endorsement For Nana Addo

“When Worlasi D’Artist saw me at his concert and asked me to stick around, little did I know what he had in mind…. and even when he called on me to mount the stage for an award I still thought to myself, this is so corny… he’s probably doing this just cos he saw me here, this can’t be premeditated… that’s when I saw my name engraved in the bronze… I shy rough.., it felt great cos unlike a profit motivated award scheme this was different, this the real deal.

“This was far from a clueless committee debating your fate… this came from someone who knew exactly why he was doing this… and u also felt it cos u knew exactly why u were being given this… I appreciate u bro.. anyone who knows how real u are will agree that this is a great big deal. Thank u bro,” he wrote on Facebook.