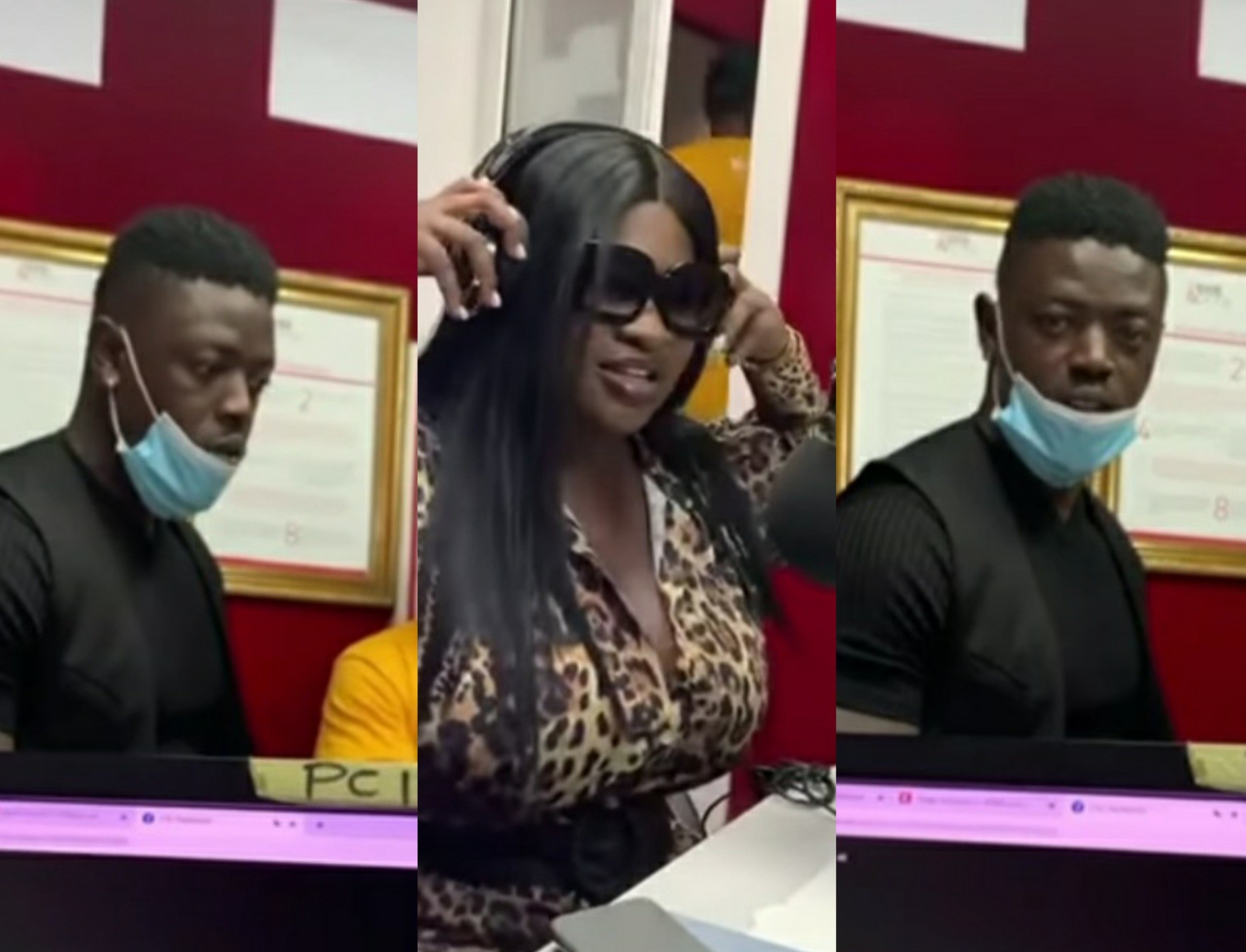 It was a disgraceful moment of yawa today in the studios of Accra 100. 5 FM when a macho man who claimed he was Sista Afia’s bouncer budged into the studios of the radio station to demand payment for his services.

The macho-man who wore a black T-shirt and vest entered the studio unannounced and started demanding for his money.

He claimed he worked as a bouncer for the songstress but is yet to receive payment for his services.

The macho man said he worked as a bouncer for the singer at shows and has since not being paid. Asked if the studio is the right place to meet her, he said he didn’t have an option because he wasn’t getting access to her any other way.

Sista Afia on the other hand denied ever working with the man or knowing him anywhere. Bossu Kule who is Sista Afia’s manager also denied ever knowing the bouncer.

The young man was forcefully dragged out of the studio before the incident could escalate.

Our Beef Was Never Planned; It Actually Happened – Sister Afia...