Yes, I Copied Ebony’s Style For My New Music Video, Obra And It Was Mzbel’s Idea – iOna Finally Admits 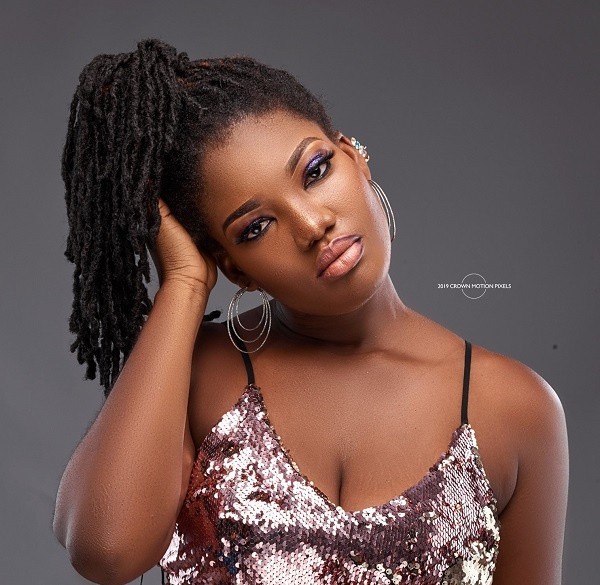 After she was criticized for copying the late Ebony Reigns’ style following the release of her ‘Obra’ video, iOna has broken her silence on such criticisms.

She admitted imitating Ebony’s style during a recent interview with ZionFelix.

iOna, known privately as Mercy Abena Onuawonto Sam initially didn’t want to accept the that she copied the late singer’s style despite the huge remembrance.

READ ALSO: Why I Finally Decided To Talk To My Former Manager, Zack And Employ Him Again – Lilwin Finally Explains

After a seaming back-and-forth with the interviewer, she finally admitted that she copied the ‘Maame Hwe’ singer’s style.

She revealed that the idea was birthed by her godmother-Mzbel.

iOna indicated that it is not easy for someone to do something that will make many people think she looks like the other person.

According to her, she gave up in fighting people who were linking her to the deceased female musician.

The enterprising singer emphasized that she is bringing the late Ebony Reigns back to life through her craft.

Share
Facebook
Twitter
Pinterest
WhatsApp
Previous articleWhy I Finally Decided To Talk To My Former Manager, Zack And Employ Him Again – Lilwin Finally Explains
Next articleTeacher Kwadwo Reveals How Much He Is Paid As A Teacher, Begs GES To Increase It
- Advertisement -