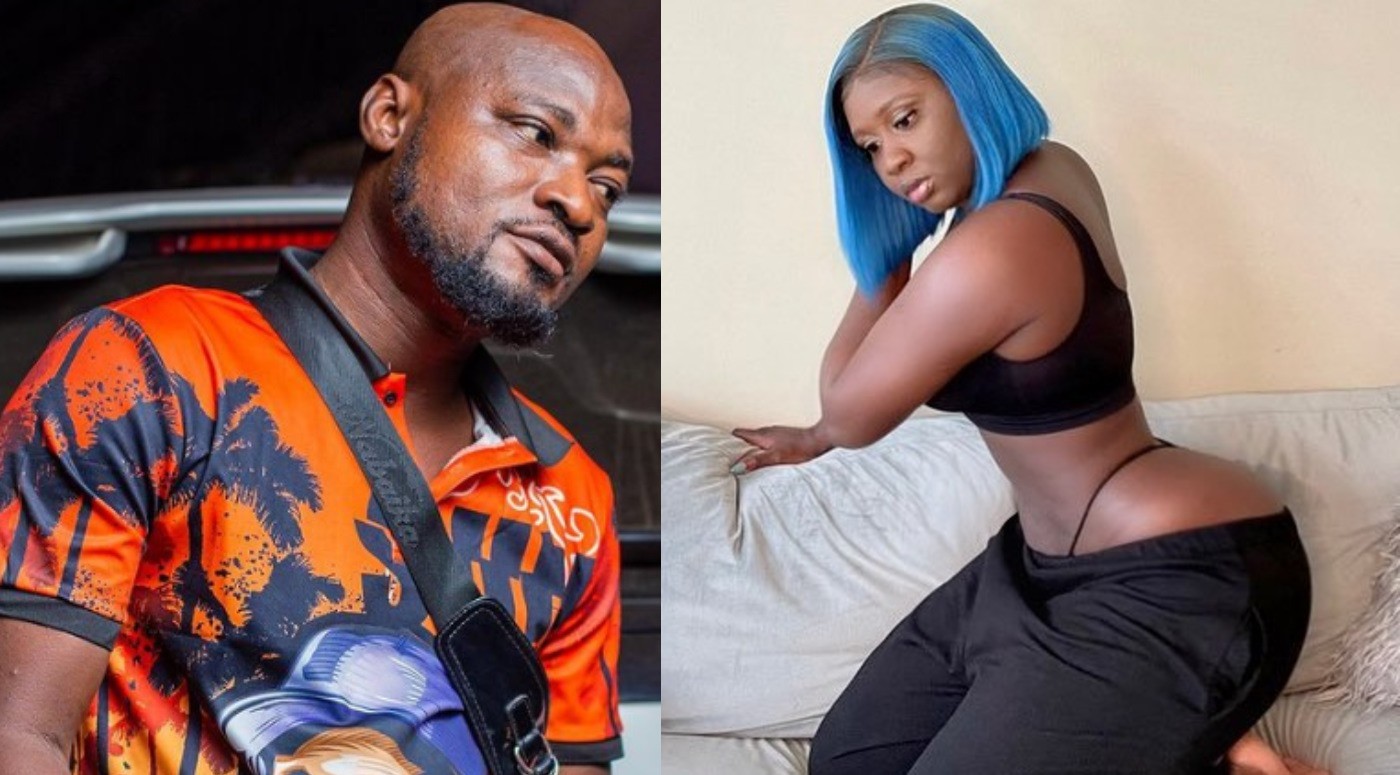 Funny Face appears to have yet again learned his lesson that just maybe women who are endowed at the b@ck massively are not for him.

The popular comic actor, who has had what seems to be two unsuccessful relationships with women who are endowed at the back has decided to be an ambassador to advise other men to be careful of such blessed women.

Following his earlier post about sadly getting back into his state of depression and calling out his baby mama for the umpteenth time, Funny Face has taken to his Instagram page to share a mind-blowing r@w photo of actress Princess Shyngle flaunting her huge bakka to narrate how he has suffered in the hands of such women.

Through the caption, Funny Face reveals how his relationship with his current baby mama, Venessa has almost caused his downfall as an entertainer simply because he can’t over her mountainous bakka.