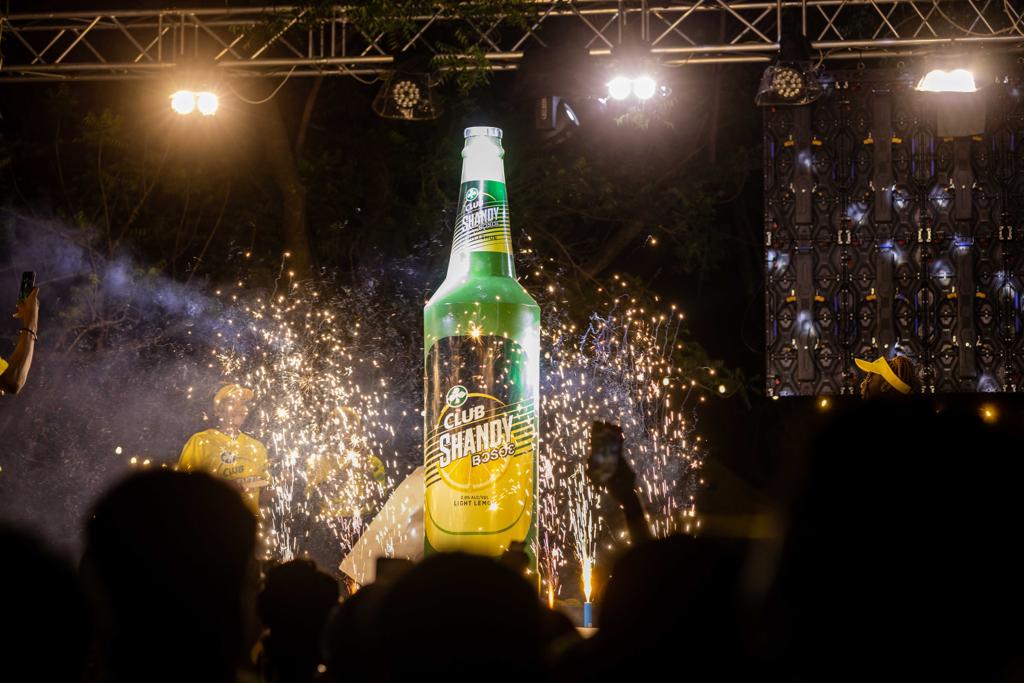 Accra Brewery PLC has Launched and executed the most anticipated festival of the year ‘Club Shandy Boso3 festival’, The festival is one of its kind in Ghana, Over 3000 people attended the festival.

The Club Shandy Boso3 festival took place at the Legon Botanical gardens, on 23rd July 2022. The fun-packed day featured a host of activities, which included, an adventure zone, dance competitions with Dance with Purpose (DWP), skating stunts with SurfGhana, graffiti art sessions with major Skyscraper, paintball target practice with paintball gods, and performances from various artists headlined by Joey B.

READ ALSO: Nana Ama Mcbrown Finally Confirms She Has Gone Under The Kn!fe To Enhance Her Body -Watch Video

The Head of Marketing, Chuka Nnaobi stated “We seek to bring more thrilling events to our consumers to let them understand that we are one big family, Club Shandy Boso3 festival is here to stay.”

There were various food vendors, complimentary drinks for the first 500 consumers and CLUB Shandy also partnered with Uber to give consumers and event attendees 30% off all rides to and from the venue.

The night was climaxed with the unveiling of the new label of C, by the Shandy Tribe, to reflect the refreshing taste and exciting world of CLUB Shandy.

Speaking at the event, the assistant Brand Manager, Emmanuella Odametey said “we organized the Boso3 festival to show that with CLUB Shandy, you can have fun all day & night and still remember the best moments the next day”

CLUB Shandy has been refreshing consumers since its introduction in the early 1990s., it is a 2% ABV lemon flavored beer, brewed with natural ingredients for a great taste and refreshment and it is manufactured and distributed by Accra Brewery PLC.